A surprising segment on NBC’s Today show gave tips on how to avoid GMO foods while shopping last week, an issue receiving increased mainstream coverage due to rising public interest in healthy eating.

Visit NBCNews.com for breaking news, world news, and news about the economy

“Although the FDA says that genetically modified ingredients in food are safe, some still believe they may be harmful. NBC diet and nutrition editor Madelyn Fernstrom reveals how to tell whether there are genetically modified organisms in what you’re eating,” the video’s description reads.

While subtle attempts to paint genetically modified foods as completely safe are present in the video’s opening, the report’s main focus centers on the push for GMO labeling as well as recent moves by the food industry to satisfy non-GMO consumers.

Specifically, General Mills, a group heavily opposed to food transparency, publicly announced the non-GMO status of original Cheerios cereal earlier this month. Given the fact that there are no commercially-produced genetically modified oats to begin with, the move has been seen by many as a clear attempt to gain public support.

The report goes on to mention items with USDA organic and Non-GMO Project certification, two industries receiving massive growth with each passing year. In fact, reports of organic food shortages have begun appearing across the country as supply struggles to meet demand.

“So there is a growing push it seems, customers asking for greater transparencies from companies,” a host comments. “What is the response? Are we starting to see companies do that now?”

While many companies begin moving to inform customers, the Grocery Manufacturers Association, recently caught laundering millions in anti-labeling donations in Washington state, is attempting to federally ban GMO labeling at the state level.

Coming from a news industry that once fired two journalists for attempting to report on studies linking Monsanto’s rBGH-containing milk to cancer, the reports reveal the media’s desperate attempts to remain relevant as a record number of Americans switch to alternative news sources. 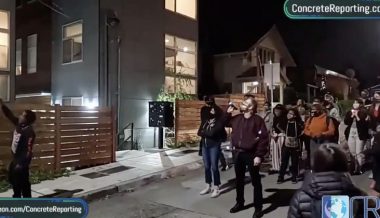