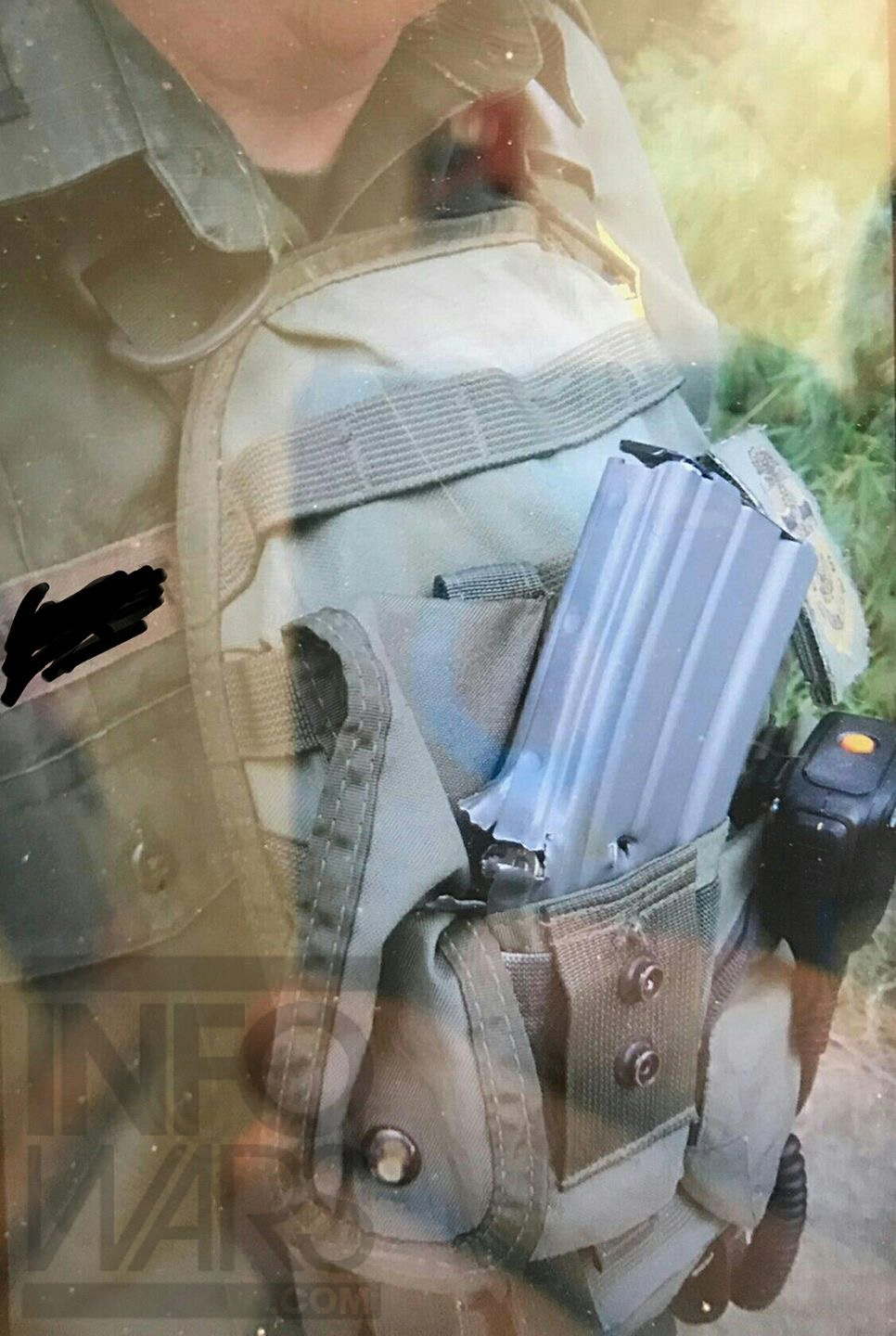 An amazing, previously unreleased photo shows the aftermath of a bullet striking a US Customs and Border Protection agent, whose body armor along with a spare M4 magazine prevented a direct hit.

On Friday, a Texas State Trooper was injured and hospitalized after shots fired from the Mexican side of the Rio Grande River reached the US.

A Border Patrol agent supervisor was also struck by gunfire, however, his bulletproof vest and extra ammo cartridge blocked the gunshot from exacting damage, as shown in the above photo shared exclusively with Infowars.com.

The Associated Press reported on the incident:

The state trooper was hit about 1 p.m. Friday while on foot patrol with the Border Patrol agent in Fronton, on the border about 105 miles upstream from Brownsville. A U.S. Customs and Border Protection statement says the federal agent also was hit but was protected by body armor.

Reports state it was unclear if agents were being targeted, or if the bullet originated from a gunfight across the border possibly involving the Mexican military or state police.

The region where the shooting occurred is known as the “Wild Wild West,” according to a confirmed source, who claims agents in the area are cautioned to wear body armor and carry M4 rifles when patrolling.

“Texas Department of Public Safety Sgt. Johnny Hernandez confirmed to Breitbart Texas that the trooper was shot in the leg. He is undergoing tests and is expected to recover,” reports Breitbart.com.

The shooting comes amid increased scrutiny over US immigration policies and the porous Mexican border, which US President Elect Donald Trump has pledged to address.