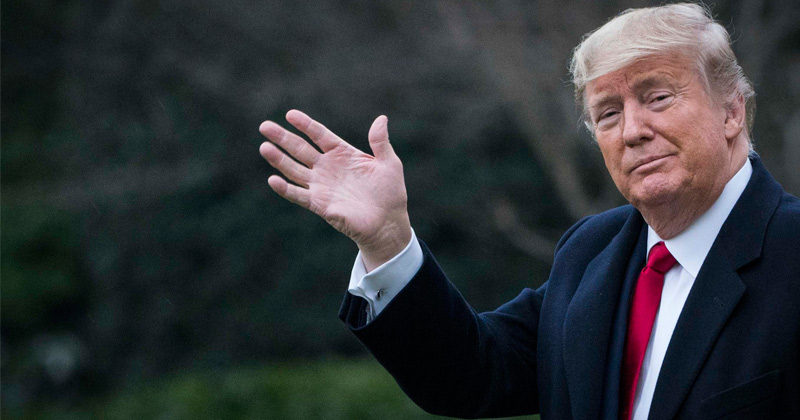 President Trump is enjoying his highest approval ratings ever amid the floundering impeachment trial and the Democrat caucus debacle in Iowa.

Interestingly, Trump’s approval rating is higher than Obama’s was when Obama was at this point of his presidency.

The president’s approval is at 49%, according to a new Gallup poll that also says 63% of Americans approve of Trump’s handling of the economy,  the highest economic rating for a president since 2001.

“It is the highest economic approval rating not only for Trump, but for any president since George W. Bush enjoyed stratospheric job approval ratings in the first few months after the Sept. 11, 2001, terrorist attacks,” Gallup stated.

Gallup also says that a majority of Americans, 52%, favor acquitting Trump in his impeachment trial versus 46%.

“Trump’s current 49% approval puts him ahead of where his predecessor — Barack Obama — was at this same time in his first term. (Obama was at 46% approval,)” CNN stated. “Which is absolutely remarkable, given the first 3+ years of Trump’s presidency and the fact that he became just the third president in American history to be impeached by the House last month.”

Meanwhile, 45% of Americans have a positive opinion of the Democratic Party, a slight dip from 48% in September.