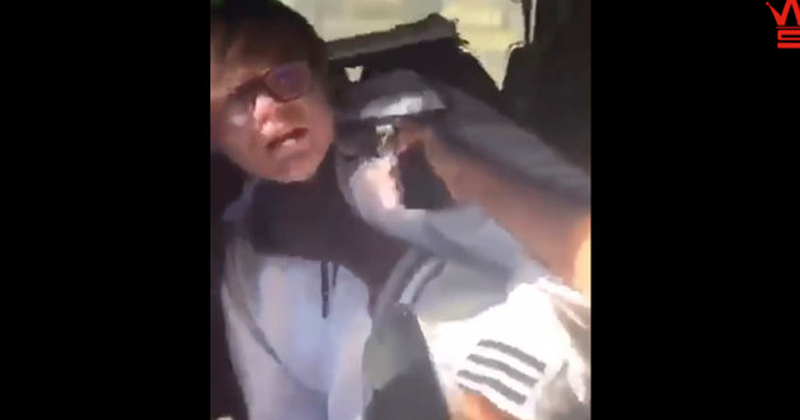 A disturbing video shared on social media shows the moment a group of black teens held a white teen at gunpoint while they stole items from him.

The video, filmed near a park in Olathe, Kansas, on Halloween, shows the white young man being threatened by four black teens who point at least three guns at him while telling him to empty his pockets and hand over his cell phone.


“What do you want?” the teen asks the assailants.

“We want everything, bro,” one says, as another slaps glasses off the victim’s face.

Olathe School District officials confirmed on Tuesday that the teens in the video “are currently enrolled in the district,” but added they were unable to provide additional information on the open case involving minors.

One parent told local CBS affiliate KCTV he was upset the school never issued a memo on the incident.

“It’s kind of hard to tell what’s going on there really but yes it’s pretty frightening,” the parent said. “I can’t believe we haven’t heard anything about it.”

“I would think parents would be able to warn our kids about that. I mean, I haven’t heard anything about it from my son either, so I don’t know he knows about it or not but I’ll definitely be asking him.”

Police told KCTV the same group of teens was linked to another armed robbery later that day involving another student.

“All four suspects have been arrested and are in Olathe juvenile custody,” KCTV reports. “They face two felony counts of aggravated robbery and will appear in juvenile court Wednesday.”