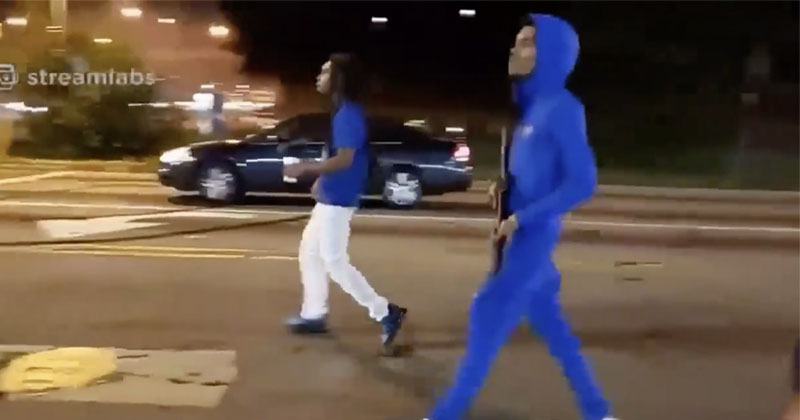 Harrowing video out of Atlanta, Georgia, shows an armed gang roving the streets before a gunfight breaks out in a crowd, resulting in a girl getting wounded from gunfire.

The video begins by showing several armed men menacingly prowl the street at night before gunfire goes off at a nearby parking lot.

“Fuck! Get down! Get down!” the man yells before a nearby girl in the street falls over and begins to scream.

The woman, appearing to have suffered a flesh wound to the leg, tries to apply a tourniquet to the wound with the help of several other eye witnesses.

Many Atlanta police officers have not been reporting to work for several days after Officer Garrett Rolfe was charged with murder and 10 other offenses for fatally shooting Rayshard Brooks in a Wendy’s parking lot last week.

Brooks had stolen Garrett’s stun gun, fired it at the officer, and tried to run away before he was gunned down, as several videos reveal.

Kaitlin Bennett discusses the truth about what happened in Atlanta.