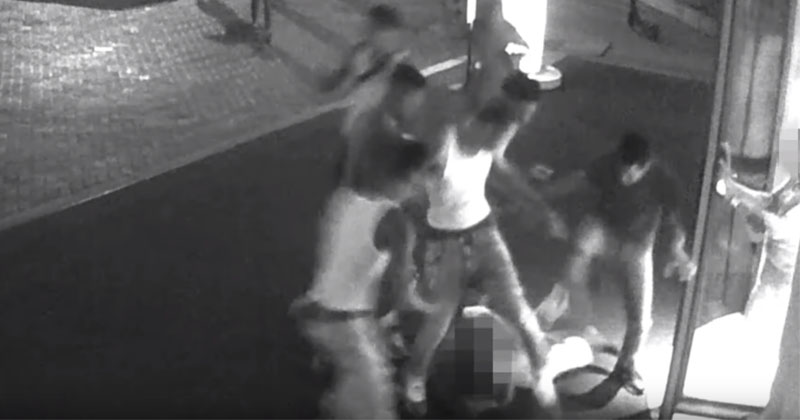 A security camera caught a mob of young gang bangers viciously beating a tourist just blocks from the White House, according to the DC Metropolitan Police Department.

They said the initial incident took place on July 14, when a group of D.C. residents surrounded a tourist outside of a D.C. Hilton hotel.

Notably, none of the attackers appeared to be the same race as the victim, suggesting the attack could have been racially motivated.

Police say the suspects are still at large and they are attempting to identify the attackers.

“Anyone who can identify these individuals or who has knowledge of this incident should take no action but call police at (202) 727-9099 or text your tip to the Department’s TEXT TIP LINE at 50411,” MPD said in a statement.

“Crime Solvers of Washington, DC currently offers a reward of up to $1,000 to anyone who provides information that leads to the arrest and indictment of the person or persons responsible for a crime committed in the District of Columbia.”

The Democrat party has fallen to resorting to violence as their lies and propaganda fail to hypnotize an ever growing aware populace.