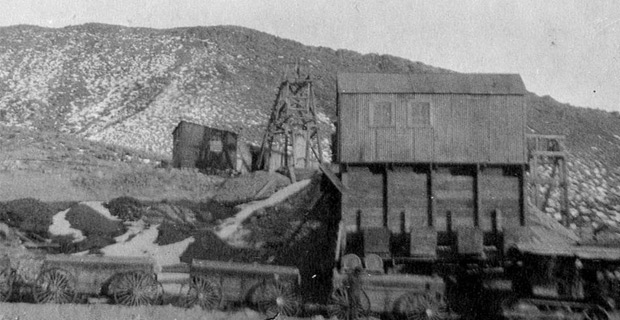 The Sheahans, a mining family that has owned about 400 acres of land in Nevada since the 1800s, are being threatened with eminent domain seizure by the U.S. Air Force, which seeks to expand testing capabilities around the clandestine Area 51 military base.

Benjamin, Joseph and Lisa Sheahan joined David Knight on the Infowars Nightly News Thursday to break down the Air Force’s attempts to bully and intimidate the family in efforts to kick them off the coveted land, which overlooks the notorious military installation at Groom Lake.

The Sheahan’s described how the military bought up land gradually encircling their silver and lead mining property, and even launched aerial assaults in the 1940s strafing the property with 50 caliber rounds – even while people were present.

“The big, big problem started in 1951 with the first above-ground nuclear test, a test they did not even inform our family of,” Benjamin said, adding that the family incurred significant health and financial consequences as a result.

“Those above ground tests really started the demise of the fortune that our grandfather had built.”

The Sheahans also recounted how the Air Force likely bombed one of their ore mills in 1954, and then refused to reimburse the family thereafter.

In the late 70s, the Sheahans said, the military also set up a guard post checkpoint on a road going out to their property and began searching family members, demanding identification and holding residents at gunpoint.

“In 1978, the Air Force and the federal government in particular stuck a guard shack on a road that our grandparents and our parents built and started basically telling us that they owned this land, even though Congress had not authorized any such withdrawal.”

The Sheahans have until today, Friday, September 11, to accept the Air Force’s “last best offer” of $5.2 million, which the family says is a lowball figure, or face litigation in court over eminent domain provisions.

“So isn’t it ironic that on September 11 the United States government is going to finish the last act of what can only be described as a criminal act to take our property?” Benjamin told CBS affiliate KLAS.

The Sheahan’s mines have been in their family since the 1800s, starting with applications for mineral rights patents back in May 1876, which the family shows were signed by 18th US President Ulysses S. Grant.

Three of their relatives are buried on the property.

The Groom Mine owners have set up a Facebook page dedicated to saving Groom Mine.