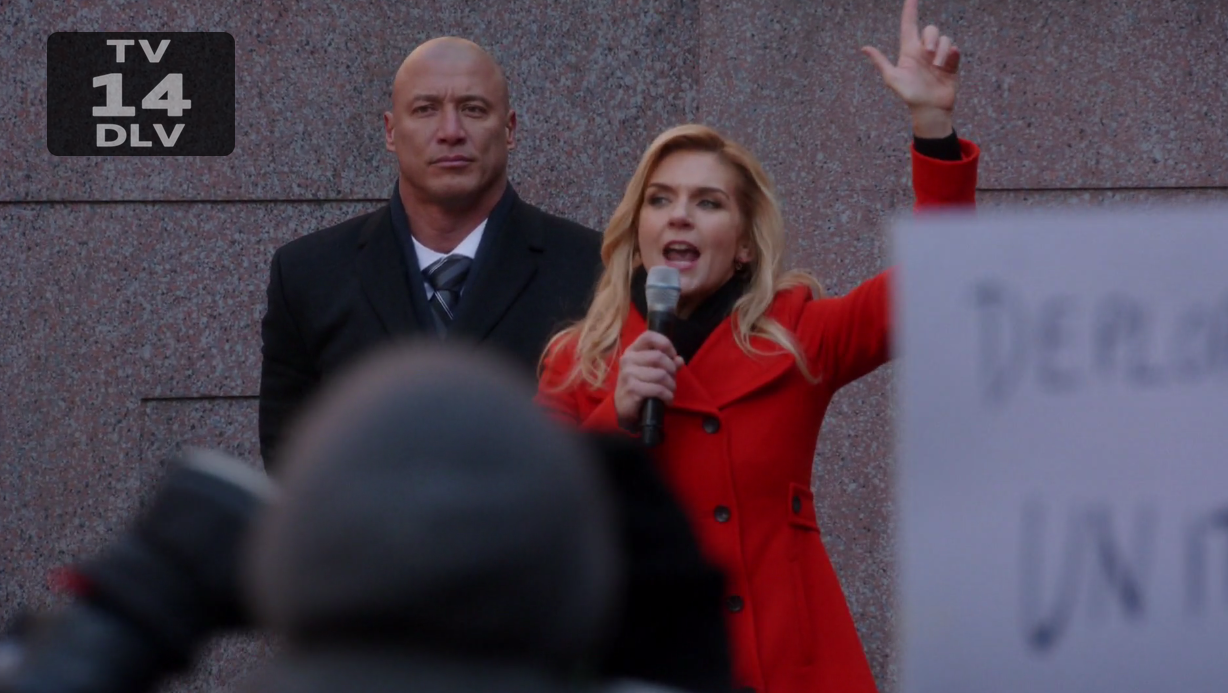 NBC’s Law & Order: SVU aired an episode titled “Info Wars” that slanders Trump supporters and depicts the rape of a conservative journalist by an Antifa protester.

The episode, released on Jan. 31, begins at the fictional Hudson University where conservative activist Martha Cobb, who is a direct knockoff of Infowars’ Millie Weaver, is speaking to a MAGA hat-wearing crowd holding Pepe and “CNN is ISIS” signs when a mob of Antifa demonstraters attacks her, cutting the speech short. 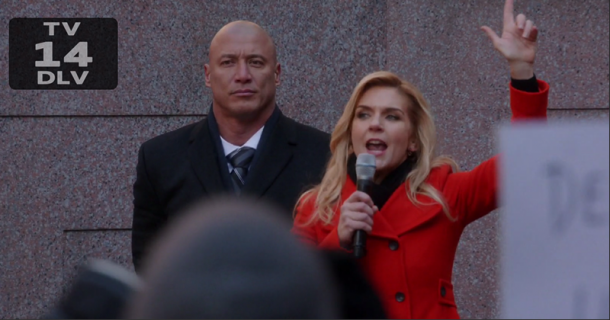 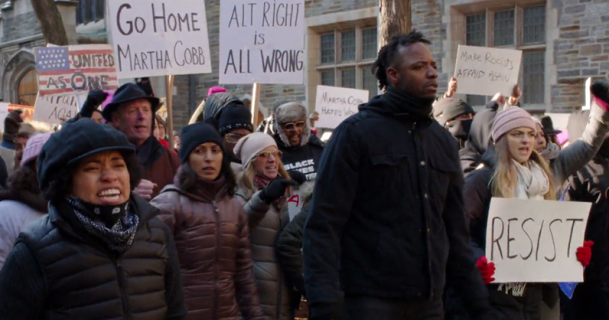 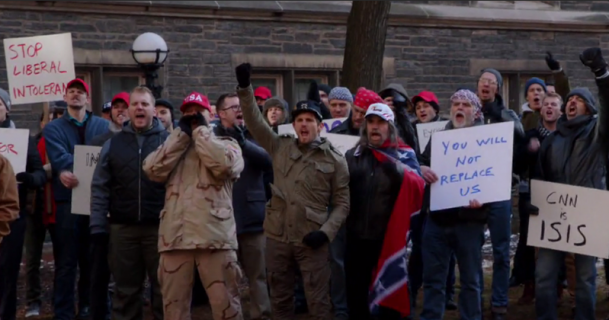 After the assault, the female speaker is found in an alley where it is revealed an unknown assailant knocked her unconscious and raped her with the pole of a protest sign.

The detectives responsible for catching the perpetrator immediately begin to argue over the victim’s political stances and one NYPD member criticizes her desire to “close down Planned Parenthood and deport the Dreamers.”

Questioning Antifa member Justin Vichinsky, who attended the march, investigators learn his protest sign was used to rape Cobb and that his DNA was found underneath her fingernails.

After Cobb identifies Vichinsky in a police line-up the case appears to be solved, but a new character presents a twist.

A Richard Spencer-influenced alt-right leader named Randy Platt, who is a fan of Cobb, was at the rally and detectives think she may be covering up for Platt to protect her base.

Platt claims he’s “a Grand Wizard” of his group Patriots for the American Way and says he is going to Make America Great Again, clearly attempting to connect the KKK to patriotic Trump supporters.

When the case goes to trial, Platt is called to the stand by the Antifa member’s lawyer where he is asked which of the jurors in the room he’d “purge” from society if given the chance.

He then points out every minority juror, once again pushing the “racist Trump supporter” narrative.

The episode ends with Cobb’s lawyer moving to dismiss the case entirely over a personal moral dilemma.

From titling the show “Info Wars,” to placing signs reading “CNN is ISIS,” (an Infowars slogan) to mimicking Infowars reporter Millie Weaver, there is little doubt that NBC is demonizing the nation’s leading independent media outlet.

Watch the full episode below:
https://www.nbc.com/law-and-order-special-victims-unit/episodes

Below is an example of Infowars reporter Millie Weaver covering a violent Antifa protest.