Texans continue to cope with devastation still being inflicted by Harvey, a historic disaster that has served to shine a light on the celebrated American spirit of resilience and Christian compassion – and also the deepening depravity of authoritarian leftists.

Social media has provided a window into the dark heart of the alt-left, as many users herald the event as appropriately consequential for Trump supporters, conservatives, Texans, and even white people as a whole.

In one example, a professor of sociology from the University of Tampa, Ken Storey, reportedly tweeted, “I don’t believe in instant Karma but this kinda feels like it for Texas. Hopefully this will help them realize the GOP doesnt care about them.”

In response to admonitions from followers, Storey doubled down, specifying that Republicans and Trump supporters were receiving this “instant Karma,” which pleased him.

“Well the good people there need to do more to stop the evil their state pushes. I’m only blaming those who support the GOP there,” he went on, implying to another follower that Trump voters in Florida deserve a similar fate as Texans. “Yep, those who voted for him here deserve it as well.”

Charitable Humans is a non-profit that describes itself on LinkedIn as “dedicated to changing the world for the betterment of all living beings on planet Earth. Charitable Humans is an organization that depends upon the kindness of humans and cutting-edge technology to implement innovative solutions to the world’s most dire problems.”

They tweeted, “I just can’t bring myself to even consider providing aid to any red state, let them clean up their own mess.” 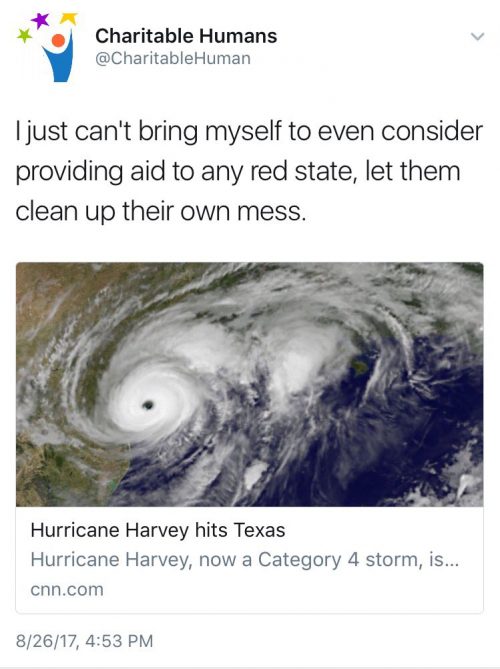 Follow up tweets included, “It’s not wise to be generous to sociopaths that will never return in-kind. Red states screwed themselves,” and also, “They have God and the Republican party to help them. Red states hate handouts, let’s not offend them.” 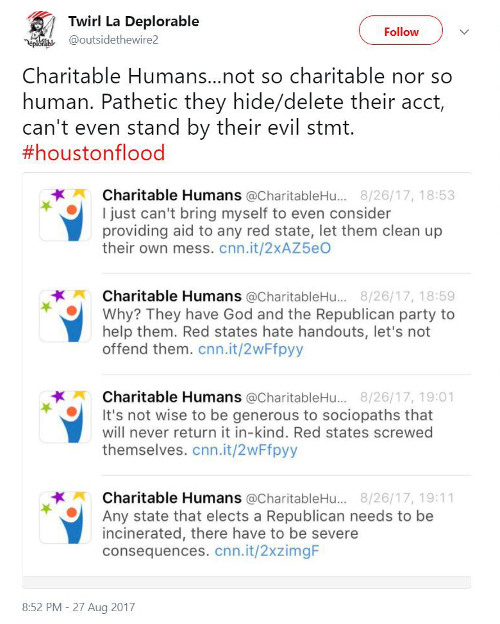 Some users have encouraged followers to specifically target white neighborhoods and white-owned businesses for looting and theft. 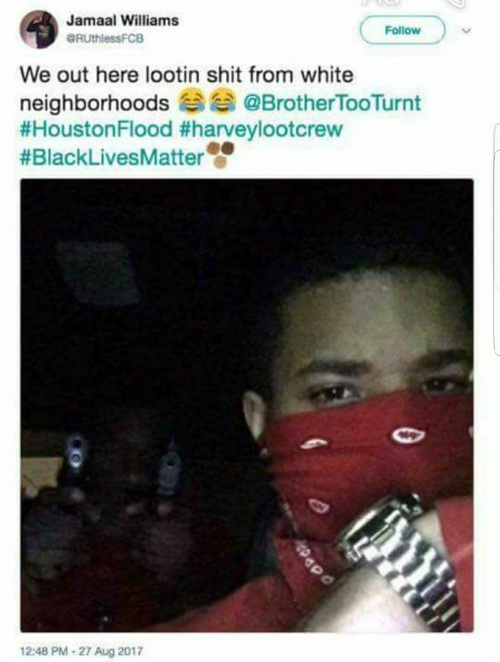 Widespread looting reported in Houston as police are trying to save lives pic.twitter.com/lAmPC8NfFf

According to reports, “looters” were also responsible for attacking the ‘Cajun Navy’ – a group from Louisiana who brought all manner of watercraft and their bravery and goodwill to aid in rescue efforts, only to be forced to scale back operations after being fired upon by bandits.

Here are the details on looters shooting at rescue boats in Houston. Only the worst people alive would try to shoot the rescue teams. pic.twitter.com/GVD0Vy1RWi

Other tweets include celebration of “whites” being victimized by Tropical Storm Harvey – despite the fact that a recent study by Rice University found that the Houston metro region is one of the most racially and ethnically diverse in the United States. 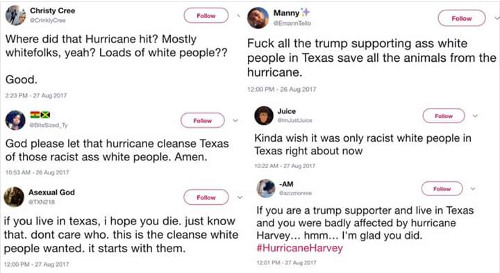 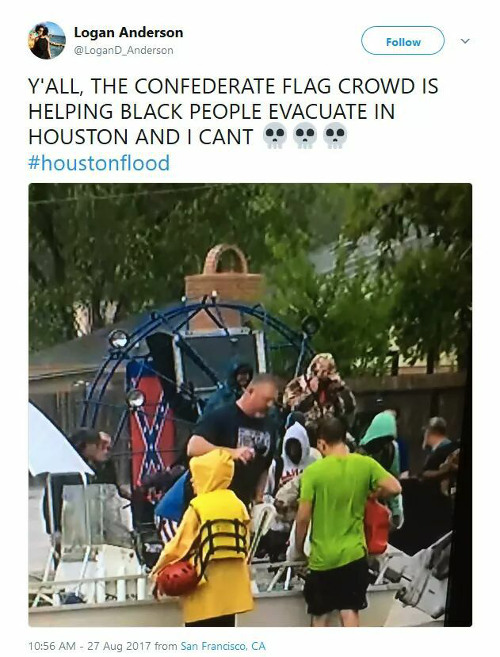 Indeed, leftists have likely contributed to magnifying the scope of this tragedy since before it even began, as Democratic leadership in Houston failed to prepare properly ahead of time out of negligence – or worse.