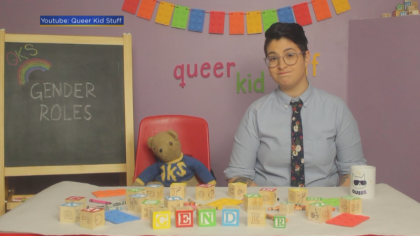 The parent of a student at a Colorado elementary school is raising concerns over a transgender awareness indoctrination workshop.

The Superior Elementary School in Boulder County will show students as young as five-years-old videos from the Queer Kid Stuff Youtube channel, ahead of a performance in late November from the “Phoenix, Colorado’s Trans Community Choir.”

“We really don’t believe that you can be too young to learn about inclusivity and differences in the community,” said Boulder County Chief Communications Officer Randy Barber.

But one parent says it’s too early for elementary school children to be learning about transgender issues, and reportedly feels the district is “forcing” the agenda on them.

Barber said parents are allowed to opt their children out of the presentation, scheduled for November 30.

A post from the Phoenix Trans Community Choir’s Facebook page suggests the group was disappointed with how they were portrayed by CBS Denver, whose reporter they claim was only interested in “reporting the controversy and stirring up hysteria.” 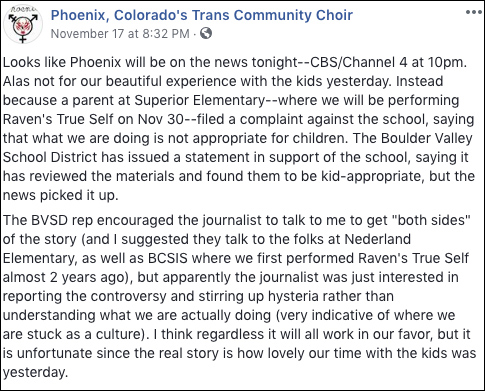 “I think regardless [the media coverage] will all work in our favor, but it is unfortunate since the real story is how lovely our time with the kids was yesterday.”