The nationwide Six Strikes Copyright Alert System continues to roll out with many of the details still shrouded in secrecy. The few aspects of the system that can be guaranteed are negative: open WiFi could become a thing of the past and non-infringers are likely to be swept up in the CAS net.

Then there’s the problematic system itself, one that places the burden of proof entirely on the end user. In addition, the punishment (in some cases, the loss of internet service) seems to greatly outweigh the crime. As Andrew Bridges points out in his interview with ReadWrite, the ridiculousness of this punishment becomes apparent when you move the discussion out of the copyright arena.

Say you send out one of those mailers for a subscription to Time Magazine. And you check the box that says bill me later. Let’s say that they start sending you Time Magazine, and after 2 or 3 issues they send you the bill, and you never pay. But in the meantime you have 6 or 8 issues before they cut you off for not paying. My proposal is let’s adopt Six Strikes and knock somebody off the postal system. You don’t pay for it, you don’t get to use the postal service any longer. Or let’s say somebody blows through a toll plaza 6 times, does that mean you don’t ever use the highways anymore?

Now, some might argue that this is no different than, say, revoking a driver’s license after certain number of DUIs. I’d argue it’s closer to punishing a boiler-room scammer with loss of telephone privileges. It’s one thing to limit one specific activity (driving/driving drunk) as a deterrent. (After all, the person with multiple DUIs can still walk places, use public transportation and drink to his heart’s content.) It’s quite another to block off an entire form of communication simply because the infringement was committed via an internet connection.

This urge to sever infringers from their internet connections (or slow the connection to nearly-unusable speeds) stems from the copyright industries’ paranoia about all things internet-related. One needs look no further than the MPAA’s knee jerk reaction to Google’s plan to provide 1gb up/down internet to Kansas City. From its limited viewpoint, the only thing anyone does with a fast internet connection is commit high speed infringement.

This paranoia goes hand-in-hand with the industries’ general panic over every new technology that threatens their control over distribution.

Bridges refers to the Six Strikes plan as “Soft SOPA.” Even though SOPA itself was killed off, certain aspects still remain and are being incorporated into other legislation and “voluntary” initiatives like the Copyright Alert System.

Even though SOPA failed, SOPA is now in some respects the law of the land. Because we now have Soft SOPA. We have the government putting pressure on advertising networks and putting pressure on payment processors, unofficially, to take the same measures that SOPA was going to require them to [do]. But now it’s a sort of ‘if you know what’s good for you, could you pretty please, wink-wink’ method.

There are payment processors notifying companies that they are no longer willing to process payments for them. It’s happening. It happened with three of my clients… [W]e have advertisers blacklisting certain sites, and telling sites. ‘We’re not going to place advertising on your site because people tell us you’re not a good site.’ So that’s happening. And it’s being done as “Oh it’s just a private decision.”

In the long run, it appears the RIAA, MPAA and various others have still managed to push their agenda through. The only difference is the lack of an official government mandate. Instead, we’re seeing something a bit shadier — SOPA’s directives presented as “cooperation” between the copyright industry and private companies.

This is still business as usual for the industry and their support system within the US government. As was pointed out here (both before and after SOPA’s defeat), the legal authority to shut down foreign sites the RIAA/MPAA sought when pushing this bill seemed redundant. ICE and the DOJ were already shuttering foreign sites without the aid of this supposedly essential anti-piracy legislation.

What’s happening now is a continuation of that process. The content industries already have the DOJ/ICE working for them. Now, they’re hoping that a blend of “voluntary” alert systems and heavy-handed “suggestions” will finish the job. And whoever gets mangled in the machinery is simply the price of “doing business.” After all, it won’t affect anyone but the sites and users knocked offline. 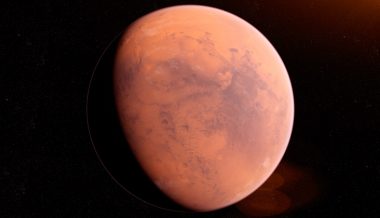