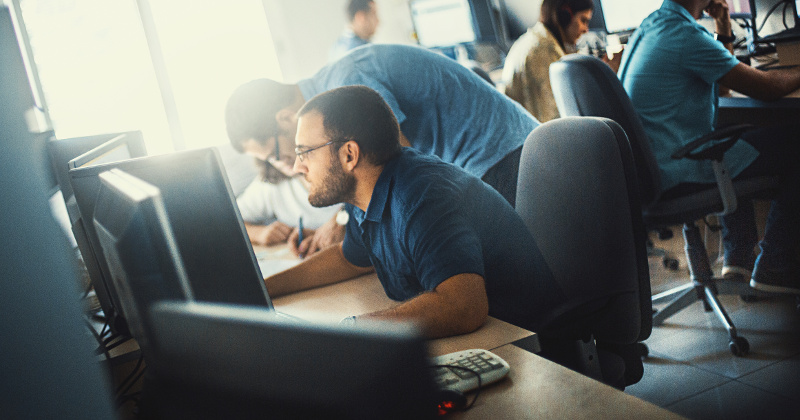 Modern-day activists show again that they do not care one jot if they decimate beneficial endeavors and strip well-meaning people of jobs for the sake of a cause.

Today, it could be a tech conference, tomorrow your own workplace.

PHP Central Europe would have gathered hundreds of users of PHP, a popular programing language, together in Dresden in October, if not for one seemingly innocuous tweet that sowed the seed of destruction coated in a shell of positive verbiage.

“This year’s PHP CE conference seems to have gone with the ‘White Males Only’ conference lineup. Shame. It’s 2019, we can do better,” wrote Karl L Hughes, an obscure tech industry figure and “concerned citizen”, who had no plans to travel to Germany himself.

Alex Jones breaks down the planned Chinese takeover of America to get rid of Trump.

It did not matter that it’s unimportant if the person talking on stage about the subject of a computer language is black or a woman. Surely, what matters is the value of their speech.

It did not matter that no discrimination appears to have occurred. Applications to be a speaker were open to all, and people of different genders and ethnicities had spoken at past events. So it made no difference that the organizers received only one submission from a woman out of hundreds.

It did not matter that PHP is a legacy programming language, taught mostly at a time when there were even fewer female and ethnic minority coders in a field that is already skewed (not to mention that the conference was located in a part of the world that has nothing like America’s racial diversity). So there are not probably that many more women who could have applied in the best case scenario, something PHP CE could not control.

One by one, speakers began to pull out, even as one, Larry Garfield, admitted that in the past that he himself as an organizer of a similar event “actively reached out to women both in the PHP community and local to the event and still sometimes had no submissions from women.”

The main organizer thought that fairness was not discriminating against any group, and judging everyone on merit.

Equal chances mean to not disturb in the natural process. Favoritism one people group against another is acting in compliance with the /divide et empera/ principle. This is the politics and we are very far from entering politics into the event organization.


But to PHP CE’s critics, this showed that he simply still did not get it.

Grzesista said that after the brouhaha, “ticket sales stopped.” This week, organizers published a notice saying that the event in Dresden was canceled, citing the tweets and articles as the reason. They say that there will be no PHP CE conference next year or ever again.

One might have expected those who provoked the closure to express at least some regret over what appears to be a lose-lose scenario for everyone. Instead, many on Twitter took to gloat about customers “voting with their wallets.” Because surely a new conference next year will be able to magic up some black female Hungarian PHP developers, so really this is just a delayed triumph for justice.