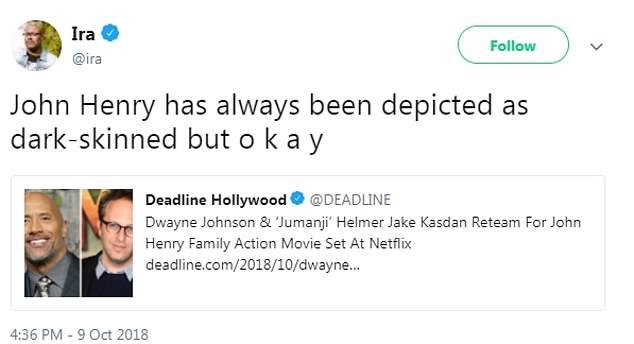 Dwayne ‘The Rock’ Johnson is getting flack for casting himself as an African-American folklore legend in an upcoming Netflix film he is also producing.

Johnson announced on Tuesday that he would be playing the titular hero in the Netflix film ‘John Henry and the Statesman.’

‘When the man comes around. Honored to play a childhood hero of mine, JOHN HENRY & his disruptive band of fellow folklore legends from around the world,’ the 46-year-old actor said on Twitter, along with a brief teaser trailer. ‘@Netflix are the perfect partners and platform to build.’

On Instagram, he added: ‘My dad would sing ‘Big John’ to me every time he would put me to bed.’

The legend of John Henry tells the tale of a black steel-driver, and former slave, who raced against a steam-powered rock drilling machine supposedly in the 1800s.

Many took issue with Johnson taking the role, comparing him to stars like Zoe Saldana and Amandla Stenberg who have received criticism for taking roles meant for someone described as having dark skin.

Saldana was even blasted for her role as jazz icon Nina Simone, with the legend’s estate telling the actress to ‘Go to hell!’

A user asserted: ‘The Rock is black when it’s profitable and racially ambiguous when it isn’t. We need a proud, strong, all-day black man to play John Henry.’

‘How can you play BOTH a Polynesian demigod in “Moana” and a black former slave, John Henry? I’ll tell you why,’ commented another user. ‘#onedroprule makes biracials “chameleons”. And they will have NO problem taking those roles.’

Several users shared names of actors they felt would have been perfect for the role, with ‘This is Us’ star Sterling K. Brown and Idris Elba leading the pack 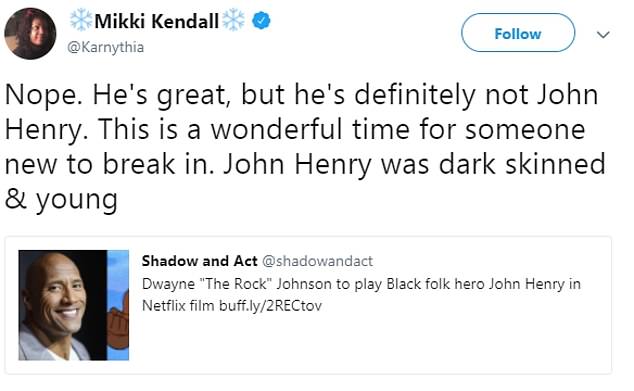 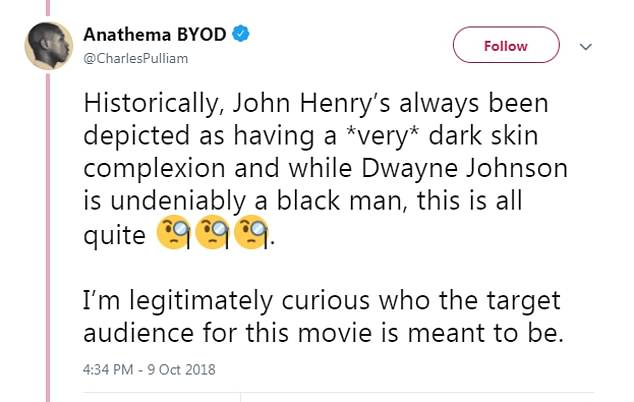 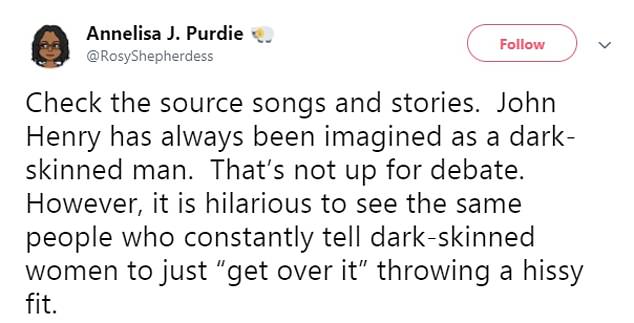 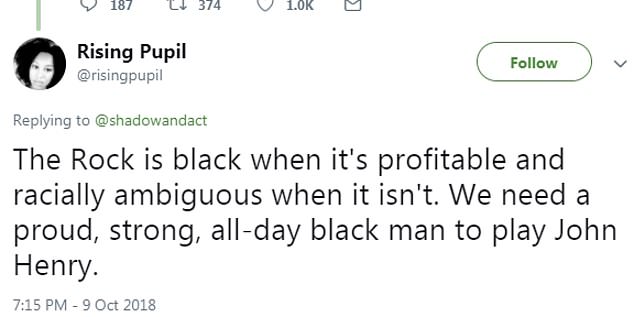 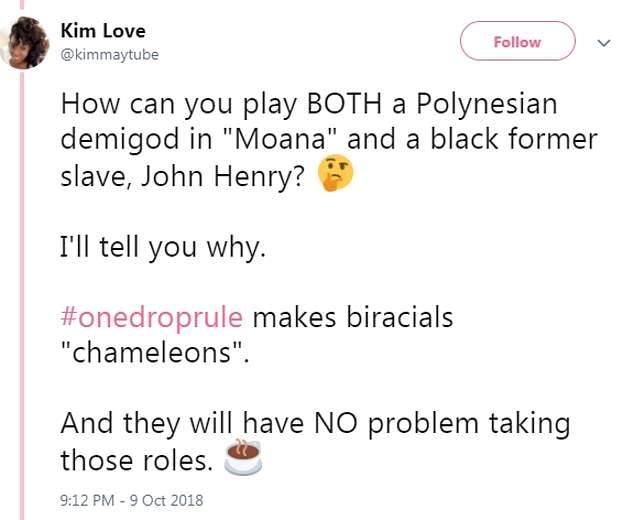 Democrats Call For Civil War If Republicans Are Elected In Midterms