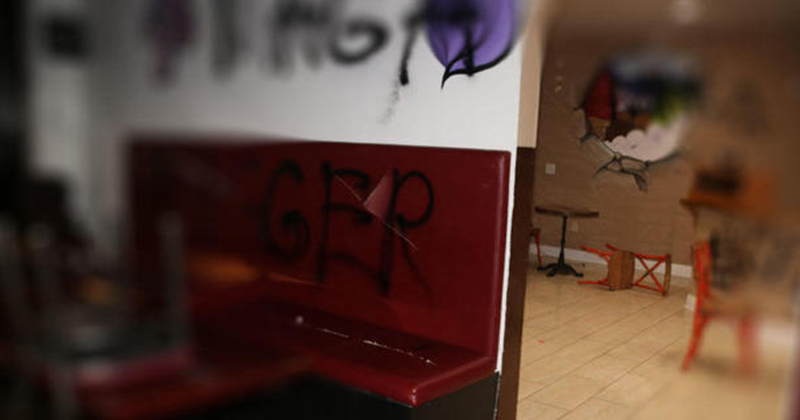 31-year-old Edawn Louis Coughman was arrested on Wednesday when police caught him burglarizing and vandalizing two local businesses he owns in order to file insurance claims.

Gwinnett County police in suburban Atlanta, Georgia responded to a report of a burglary taking place at Coughman’s Creamery and the adjoining Create and Bake Pizzeria.

While investigating the supposed burglary, police found yellow pry marks on a back door of one of the businesses along with “MAGA,” swastikas and racial slurs including the n-word and the word “monkey,” spray-painted on the walls inside.

Officers were told to look for a black Chevrolet Silverado with a missing license plate.

After tracking down a vehicle matching the description given in the 911 call, police found large flat-screen televisions with wall brackets that still had drywall attached, as if they were just ripped from a wall, in the back of the Silverado.

The driver, who was wearing a hoodie and had gloves on, was identified as Coughman, the owner of the two businesses.

Coughman was an NFL player from the years 2012-2016, ending his career with the Arizona Cardinals.

When confronted by police about the televisions, Coughman alleged he was the victim of a burglary that occurred earlier in the day and that he was just coming back to the businesses to retrieve the items.

The former professional football player told officers he called his insurance company when he found the building ransacked, but that he did not call the police.

According to Corporal Michel Pihera with Gwinnett County PD, Coughman’s license plate was found inside his vehicle in addition to two cans of spray paint and a yellow crowbar.

“The yellow crowbar is important because the back of the business had some yellow pry marks on the back door indicating that somebody had tried to use it to break into the back door,” he said.

Additionally, Pihera stated, “If the burglary and vandalism had occurred earlier in the day like he told us, that paint would not still be wet.”

The police say instances like this diminish real cases where hate crimes have taken place and that, according to their investigation, “Mr. Coughman is responsible for all of the vandalism inside the businesses.”

Coughman has bonded out of jail and is facing charges of insurance fraud, falsely reporting a crime and concealing a license plate. 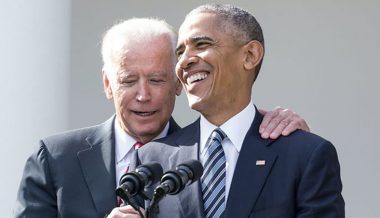