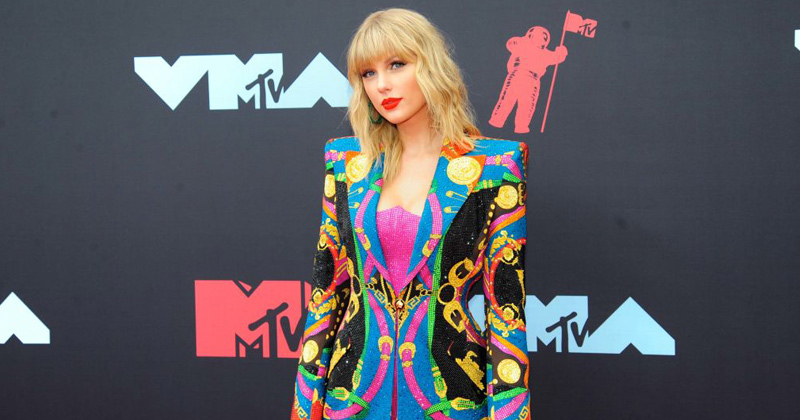 Country music singer-turned-social justice warrior Taylor Swift tore into the Trump administration Monday, calling out the White House for failing to respond to a petition.

During an acceptance speech at the 36th annual MTV Video Music Awards, Swift complained the White House had not responded to a petition about gay equality she’d featured in one of her videos.

“I just want to say that this is a fan-voted award. So, I first want to say thank you to the fans because in this video, several points were made, so you voting for this video means that you want a world where we’re all treated equally,” Swift said, accepting an award for “You Need to Calm Down,” a virtue-signaling music video featuring a number of drag queens and anti-Trump stereotypes.

“Regardless of who we are, regardless of how we identify, at the end of this video there was a petition — and there still is a petition for the Equality Act, which basically just says we all deserve equal rights under the law,” Swift said, adding that the petition had met the signature threshold required to warrant a White House response.

“And, I want to thank everyone who signed that petition because it now has half-a-million signatures, which is five times the amount that it would need to warrant a response from the White House,” she said, pretending to look at her watch.

The White House web site indicates responses are typically received within 60 days of a petition meeting the signature threshold, “however, depending on the topic and the overall volume of petitions from We the People, responses may be delayed.”

“Unfortunately in the 2016 election, you had a political opponent who was weaponizing the idea of the celebrity endorsement. He was going around saying, I’m a man of the people. I’m for you. I care about you. I just knew I wasn’t going to help,” Swift said in an interview with Vogue.

“Also, you know, the summer before that election, all people were saying was She’s calculated. She’s manipulative. She’s not what she seems. She’s a snake. She’s a liar. These are the same exact insults people were hurling at Hillary.

“Would I be an endorsement or would I be a liability? Look, snakes of a feather flock together. Look, the two lying women. The two nasty women. Literally millions of people were telling me to disappear. So I disappeared. In many senses.”