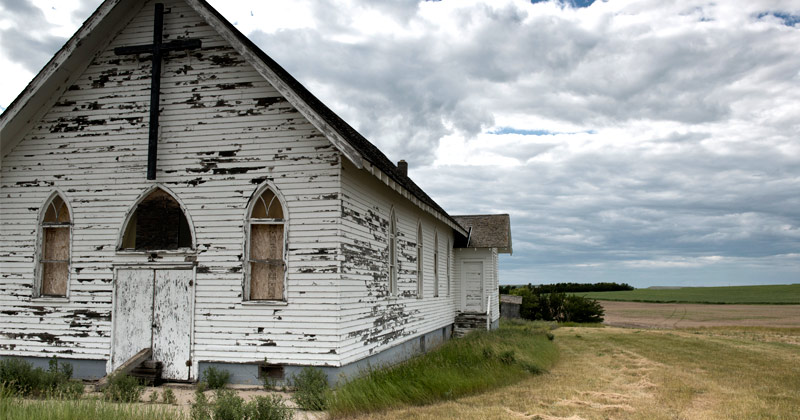 Social cohesion, the feeling of belonging to a local community, is at an all-time low while consumerism and materialism continue to rise in the US.

A good barometer of social cohesion is church attendance, given that churches historically served as community centers beyond their roles as houses of worship, and that’s more evident in denominations that require more individual involvement, such as Jehovah’s Witnesses and the Latter-Day Saints.

A Gallup poll released this year revealed that church attendance has fallen by 20% over the past 20 years.

Gallup pins the decline to a “weaker attachment to religion in general,” but again the denominations that have higher social cohesion still have higher attendance.

This suggests that churches that depend on social cohesion from the community it’s a part of are the ones suffering the most from declining attendance.

Additionally, over the past few decades, there’s been a decline of memberships in civic organizations such as the Knights of Columbus, the Boy Scouts and the Lions Club.

In short, people are feeling more isolated in an era of social media and rising urban populations.

In a 2014 article from the Mercury News, a 30-year-old said she was “one of the youngest members” of her local Kiwanis Club.

“It’s a lot of socializing that you have to get used to,” she said. “The younger crowd often uses social media.”

“This is a lot of events and face to face.”

That’s a key statement that points to the problem of social media: a lot of millennials lack basic social skills because they spend most their time in the digital world to the point where some of them even fear face-to-face interactions.

“Nothing shows this better than studies of college students who use social media,” states a 2015 project paper from Virginia Commonwealth University. “They have been affected to such an extreme that their focus and ability to engage in face-to-face conversations have both been drastically reduced to the point of virtually no functionality.”

“This is certainly not limited to college students however. Social media and text messaging alike have spread people further apart both geographically and emotionally.”

And according to an article on Ammo.com:

“…There are significantly fewer connections between people and fewer civic-minded discussions going on now than there were in the past. It also means the loss of identity tied to something other than work and consumer goods (see the explosion of adults spending their money on Star Wars or Harry Potter knick-knacks).”

It seems that Americans are turning to consumerism to “fill the void” left by the decline of social cohesion, but it’s not providing happiness.

“According to a study from Northwestern University, people who place hight value on wealth, status, and material possessions may actually be the most depressed and anti-social among us,” reported TreHugger.com in 2012. “In other words, those most prone to trying to buy happiness in the form of stuff are probably more likely to experience an emotion quite the opposite.”

And this problem is only going to get worse, as consumer debt has risen to nearly $4.09 trillion.