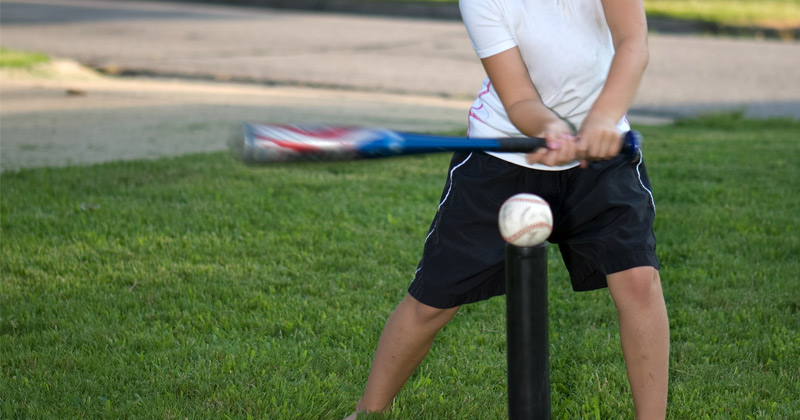 A Colorado man was handcuffed in front of his six-year-old daughter and wife for playing t-ball with them at an empty park.

Police claim the man was violating “social distancing” ordinances of Brighton, Colo., amid the coronavirus pandemic, despite a park sign stating that the park was open for “groups of no more than 4 persons, parks remain open for walking, hiking, biking, running and similar activities” – not to mention that the man was already with his family at home.

“During the contact, none of the officers had masks on, none of them had gloves on, and they’re in my face handcuffing me, they’re touching me,” the man said, emphasizing that it was the officers who were violating “social distancing” guidelines.

Ironically, the incident was caught on tape by a former city councilman:

The officers kept the man in the back of a patrol car for 10 minutes before letting him go, and the police department vaguely announced there was an internal investigation into the incident when asked by local media.

There’s been similar reports across the country of police arresting individuals in empty public places for supposedly not practicing “social distancing,” even though the arrested individuals were no where near anyone until confronted by police.

Most recently, a paddle boarder was arrested near the Malibu Pier in California for being out in the ocean, which violated Gov. Gavin Newsom’s stay-at-home order.

The irony of these situations, in which those arrested were actually socially distant from others under apprehended, serves as a scary reminder of how logic can be completely overshadowed by the letter of the law that’s only been recently enacted during a state of panic.

It also underscores how many localities have failed to consider basic constitutional safeguards when enacting ‘stay-at-home’ ordinances instead of making their guidelines more in tune with the First Amendment while also taking steps to stop the spread of the virus.

It’s unknown, for example, how exactly police expect to stop a virus by arresting a man who’s lawfully playing t-ball with his family in an empty park.

On the other hand, Texas, which hasn’t been as heavy-handed as other states in its response, backed away from closing churches statewide after public outcry, and Gov. Abbott deemed churches as ‘essential services’ that can remain open during the statewide lockdown as long as they practice “good hygiene, environmental cleanliness, and sanitation.”

Alex Jones breaks down the events we currently see unfolding in the wake of the coronavirus pandemic and how Infowars has been warning the public for years.