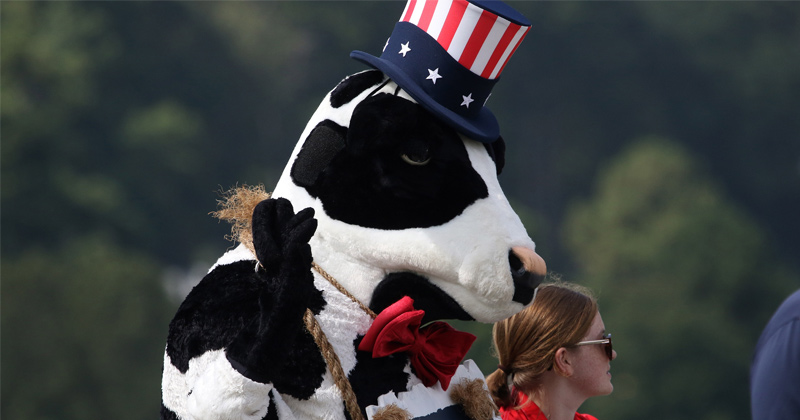 An environmental group in Athens, Georgia, is demanding that the University of Georgia ban Chick-Fil-A from campus, calling the fast food restaurant chain an “industrial, white supremacist, imperialist, capitalist cult.”

Athens EarthStrike, some of whose members also belong to the Athens Young Democratic Socialists of America student group, which describes itself as the official chapter of YDSA Athens and the University of Georgia, is targeting Chick-fil-A for its use of non-compostable packaging and is further claiming that the chicken chain uses unsustainably-sourced poultry, according to the student publication The Red & Black. The group also claimed that “capitalist cults” of Chick-Fil-A and the Georgia poultry farms “as a whole exemplify violence,” the group told Campus Reform.

“The industrial, white supremacist, imperialist, capitalist cults of Chick-fil-a and the Georgia poultry farms as a whole exemplify violence,” Athens EarthStrike told Campus Reform. “One of the major poultry suppliers for Chick-fil-a is Koch. Koch targets the most vulnerable people in our immigrant communities to work as employees. Factories are built in low-income communities of color. These jobs are demoralizing, difficult and pollute the environment around them leaving communities in even worse living conditions.”

“We are targeting Chick-Fil-A because it is a central corporation in GA’s economy and we think that it can do better if the people buying its products demand action,” Earth Strike told Campus Reform. “Chick-Fil-A has made some strides in sustainability, but the company is short-sighted at best. While they plan to transition to antibiotic-free chickens raised in barns rather than cages, this is little more than a cheap marketing ploy.”

The environmental group continued to list demands for the popular chicken chain, including that it no longer use styrofoam cups, keeps its promise to shift to serving hormone-free chicken, and end factory farming. EarthStrike also commented on the restaurant chain’s social views.

“We demand that UGA stops supporting a corporation that actively practices both gender discrimination and LGBT discrimination,” EarthStrike continued. “We are defending the freedom, livelihood, and health of the student body at UGA and will not stop until Chick-Fil-A and UGA answers to these demands or leaves this campus!”

Some students at the university aren’t impressed with the demands proposed by the environmental group.

“I personally think it’s ridiculous,” UGA student Devon Spiva told Campus Reform. “UGA missed its sustainability goals by miles, so attacking Chick-Fil-A solely is not going to solve anything. It’s the student body contributing the most.”

Erin Cooke, another UGA student and former Chick-Fil-A employee, told Campus Reform that during her time at Chick-Fil-A, the company culture was “the opposite of wasteful.” But Cooke still noted her lack of shock at EarthStrike’s demands.

“I’m not surprised honestly. It’s nothing new. Those on the left continually go after organizations and companies which they are threatened by [and Chick-Fil-A] no doubt is one of the largest and most popular Christian companies,” Cooke said. “If Chick-Fil-A was removed on campus, there would be an uproar from the student body. It’s always the most popular restaurant with lines consistently going out the door.”

In 2014, UGA began a composting program in order to help prevent waste around campus. Other restaurants at the university like Panda Express use compostable fiber packaging. In addition to that, UGA claims to have eliminated 100 percent of non-compostable waste from the campus dining commons.

This isn’t the first time Chick-Fil-A has come under fire for its corporate values, as its views on traditional marriage kept the chain from opening a restaurant at Rider University in New Jersey late last year, despite support from the student population.