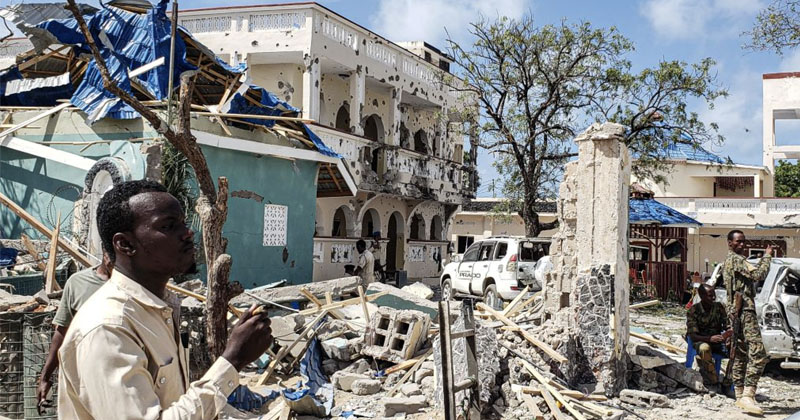 An all-night siege by extremist militants at a Somali hotel in the southern port city of Kismayo ended Saturday, but not before 26 people – including two Americans – were killed, officials said.

Fifty-six people, including two Chinese, were injured in the attack, Ahmed Madobe, the president of Jubbaland regional state, told reporters.

The attack began Friday night with a suicide car bomb at the entrance gate and continued with an assault by gunmen who stormed into the building, which is frequented by politicians, patrons and lawmakers.

Tommy Robinson faces being murdered in prison for the crime of reporting on pedophile rape gangs in the U.K. President Trump should offer him political asylum and take a stand for the freedom of the press around the world.