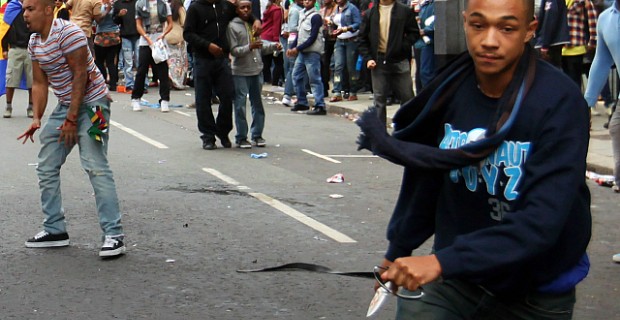 Hundreds of Somali teenagers are being sent back to East Africa by their parents in order to avoid becoming victims of London’s spiraling knife crime epidemic.

One mother told the BBC how her son was stabbed four times in just 17 days in London.

“They damaged his bladder, his kidneys, his liver. He’s got permanent damage,” she said, adding “He was safer there [in Somaliland] than he was here, 100 per cent more safe than in London.”

Another 21-year-old man called Yusuf told mentor Jamal Hassan he moved to Nairobi because he was seeing people get stabbed in London “every other day”.

Islington mayor Rakhia Ismail, a Somali immigrant, says that around 40 per cent of Somali families are sending their children back home.

“This is not something they’ve encountered before. But we know living here in Britain, the context is Britain. This is a British problem and it’s a problem that we’ve fallen into,” claimed Somali mother Dr Fatumo Abdi.

However, figures show that three quarters of knife crime offenders are from minority ethnic groups. 53 per cent of victims are from a black or ethnic minority background.

Somali itself is listed as the 13th most dangerous country in the world and has big problems with violent crime and terrorism. Apparently though for many, it’s not nearly as terrifying as London.

Figures show that there are two killings every day on the streets of Britain, the highest level in a decade.