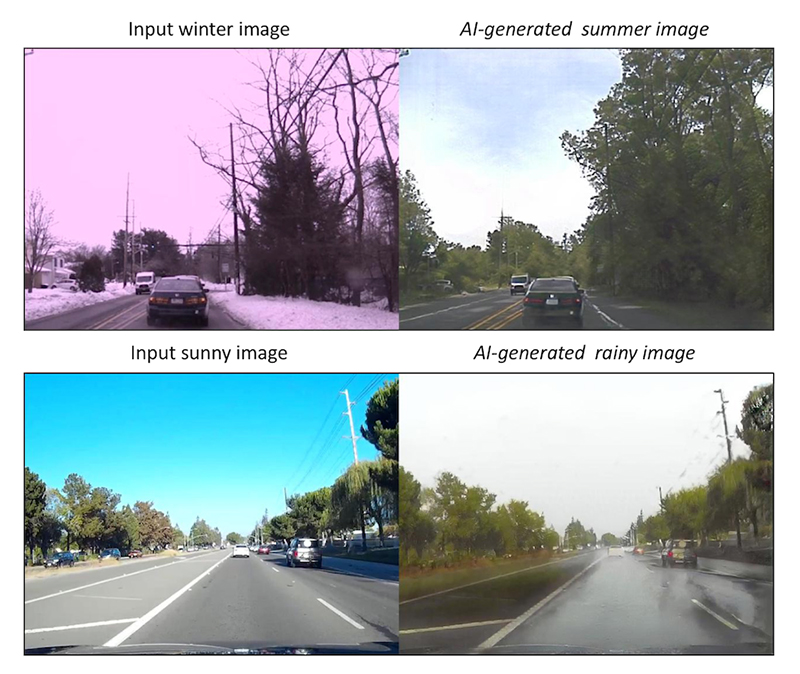 Artificial intelligence can soon create a false reality indistinguishable from the real one, suggests new advancements in graphics manipulation which serves as a warning to humanity.

Graphics firm Nvidia recently released results of its “image-to-image translation” which can take an outdoors photo taken in the winter and transform it into the same scene, but in the summer – with indistinguishable results.

The technology, however, isn’t just limited to photography:

Nor is it limited to outdoor scenes:

The ramifications of this technology are enormous: the politically persecuted could soon be victims of fabricated “video evidence” presented by the mainstream media as “undeniable proof” of wrong-doing, which will be accepted without question by the general public which takes everything at face value.

It’s basic human psychology: people desire comfort in a universe wrapped by mystery, and they achieve it by instinctively accepting what’s in front of them. To question too much would bewilder them.

And why would they question an AI-generated deception that cannot be deciphered from reality? In short, the mirroring of reality presents endless pathways of deception to the elites.

“People lose the ability to distinguish between reality and fantasy,” Jean Baudrillard wrote in his book Simulacra and Simulation. “They also begin to engage with the fantasy without realizing what it really is.”

“They seek happiness and fulfillment through the simulacra of reality, e.g. media and avoid the contact/interaction with the real world.”

Humanity is heading toward hyperreality, the point where consciousness is unable to distinguish what we know as reality from a mere simulation.

And it’s ironically fitting that the power elites, who’ve nearly exhausted all the methods of control they’ve used on the population for thousands of years, would come full circle by creating Plato’s Cave to imprison humanity in a false realm which they control.