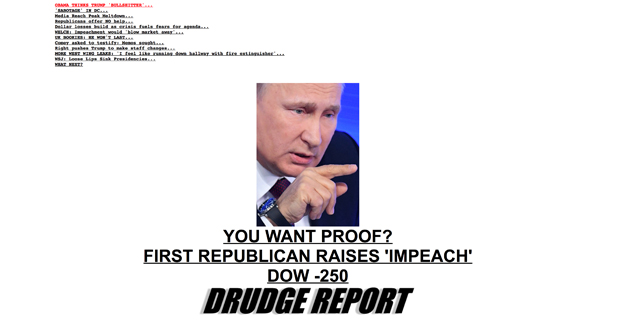 Globalist George Soros, who made billions breaking the British Pound, can profit immensely by fueling turmoil against President Trump which leads to a weakened US dollar he can then bet against – and potentially crash.

In 1992 Soros pocketed over a billion dollars by betting against and destroying Great Britain’s monetary system, and it appears history is now repeating itself as the US dollar loses ground amid the recent attacks against Trump which Soros has fueled.

“The focus on these severe scandals means that the administration cannot promote the agenda that markets are longing for tax cuts, infrastructure, and deregulation… During this period, we can expect the dollar to continue struggling,” reported Forex Crunch. “Markets hate uncertainty.”

“Any kind of fiscal stimulus will be stuck and the greenback could continue undoing the late 2016 rally.”

Just look at the Drudge Report from this morning.  The mainstream media, which is consistently aligned with Soros’ own interests, is relentlessly attacking Trump and now the US economy is plunging as a result:

“The dollar sank Wednesday with a fresh crisis in the White House fuelling concerns that Donald Trump’s economy-boosting agenda could be run off-track,” reported AFP.

Soros’ stock market moves run lockstep with his political activities, so it’s likely he had already betted against the dollar in anticipation of this morning’s headlines.

Could Soros be the catalyst that finally collapses the US dollar? Time will tell.