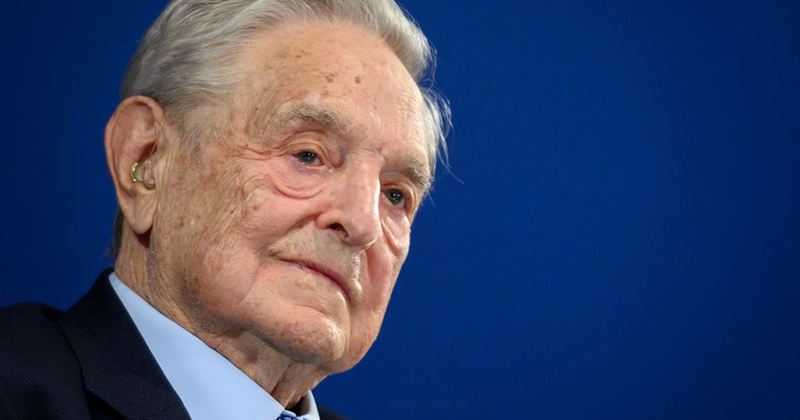 Following accusations that paid protesters are hijacking the George Floyd protests and inciting riots, George Soros’ Open Society Foundation has issued a rare statement claiming that he – nor anyone else, is funding the chaos.

Facebook, Twitter, and other social media platforms are being used to spread the now familiar and thoroughly debunked conspiracy theory that George Soros and the Open Society Foundations are paying people to protest, in this case over the murder of George Floyd. We are appalled by this attempt to delegitimize the genuine outpouring of anger and concern from people in the U.S. and around the world.

Open Society’s statement claims that “We abhor violence of any kind, and will not allow the destructive acts of a few to distract us from the crucial work of coming together and forging a better future for all of our neighbors.”

Soros then claims that the Open Society Foundation nor “any other” are funding protests.

“Those protesting the death of Mr. Floyd and police brutality across the nation do so out of a deep and abiding concern for their country; they don’t do so for pay from these foundations or any other, as some cynics claim. Such assertions are false, offensive, and do a disservice to the very bedrock of our democracy, as enshrined in the First Amendment.”

Many began to question whether the protests have an organized, staged component after piles of mysterious bricks were discovered in major protest towns, and a video of what appears to be an organizer paying a protester emerged.

ANTIFA is a virtually all-white terror organization of cowards who pay minorities to commit their terrorism for them.

This is demonstrated perfectly in the video below.

ANTIFA are the scum of the earth and every one of their members should be in jailpic.twitter.com/s3nyNBvK1x

Soros’ statement comes days after a hoax flyer appeared in Washington State claiming that the Thurston County Democrats was seeking “a professional anarchist” with funding supplied by the Open Society Foundation.

While that was , this wouldn’t be the first time leftists have conspired to disrupt otherwise peaceful events. In 2016, Clinton operative Robert Creamer – who visited the Obama white house nearly 350 times – ‘stepped back’ from his role as an organizer after a Project Veritasundercover video revealed a discussion on paying agitators to incite violence at Trump rallies in 2016.

“One of the things we do is we stage very authentic grassroots protests right in their faces at their own events. Like, we infiltrate,” said Creamer’s former minion, Scott Foval.

Soros has donated early $90 million to feminist groups which were behind January, 2017 protests of Donald Trump’s inauguration.