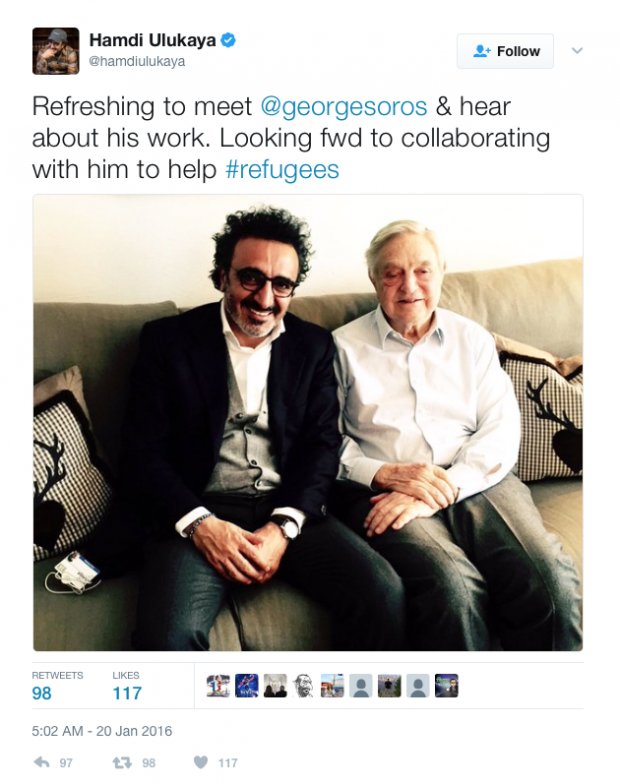 Chobani Yogurt, which advocates and uses migrant labor for its factory in Twin Falls, Idaho – the city where a 5-year-old was raped by Syrian migrants in 2016 – has filed a lawsuit against radio host Alex Jones and Infowars.

The lawsuit was filed after Infowars reported on mainstream and independent media articles covering how three Syrian migrants raped and urinated on a 5-year-old girl at knife point at the Fawnbrook Apartment complex in Twin Falls, Idaho, near where Chobani Yogurt operates a plant using migrant labor its owner, Hamdi Ulukaya, actively lobbied for.

The three migrants were arrested and later pleaded guilty to a number of charges, including felony sexual exploitation of a child and accessory to a felony.

Despite occurring in June 2016, the story stayed in the news due to outrage by residents who said the city tried to whitewash the rape to protect its “refugee resettlement” program in partnership with the federal government and local industries who employ “refugee” labor.

Some media outlets even tried to claim the rape never happened and it was “fake news.”

“The victim’s family is still considering filing a civil suit against the families of the refugee boys and possibly against the College of Southern Idaho, which places refugees from several third-world countries into the Twin Falls area,” WND reported on April 11. “Many of them work at Chobani, which operates the world’s largest yogurt plant in Twin Falls.”

The Chobani owner has deep ties to George Soros and even took a friendly photo with the socialist billionaire who is linked to the migrant crisis in Europe and violent protests in the US.

Ulukaya, who was born in Turkey, even said he looked forward to “collaborating with” Soros on the refugee program which, under the Obama administration, ultimately let in thousands of unvetted migrants into the country from terrorist hot spots in the Middle East.

The Chobani owner, who was named the Eminent Advocate for the United Nations Refugee Agency (UNHCR), is also connected to the Clinton Global Initiative and Hillary Clinton’s failed 2016 presidential bid, according to Breitbart.

“Ulukaya has made a number of appearances at CGI, including a one-on-one with Bill Clinton in 2015 where Al-Monitor reported that Ulukaya spoke about advancing refugee migration into the U.S. and around the world, saying that ‘writing checks is not enough,’” reported Breitbart.  “Being an invited guest of the Clinton Global Initiative to push a refugee agenda wasn’t Ulukaya’s only globalist gig.”

“Access to those programs is more than just a matter of a senator making a phone call to the secretary of agriculture; federal regulations spell out a lengthy bureaucratic process for gaining admission,” reported the Albany Times Union. “Ulukaya and Chobani took the lead, enlisting a lobbying firm, Cornerstone Government, and the National Yogurt Association to help them through the technicalities.”

But, perhaps most shocking, Ulukaya, a Turkish citizen according to Forbes, was on the board of the Federal Reserve of New York.

“I just want to point this out: suing us for reporting on other people’s reports is a way to politically target us,” Alex Jones said in response to the lawsuit. “…But I’m not scared of this because I know that all we reported on was already in the news.”

To sum it up, the Syrian refugees were brought into the town where the yogurt factory is located after Ulukaya pushed for refugee resettlement, and after three of them raped a little girl – which the mainstream media and political insiders claimed was a hoax until they pleaded guilty – Ulukaya and Chobani filed a lawsuit against Alex Jones and Infowars for reporting on the story.