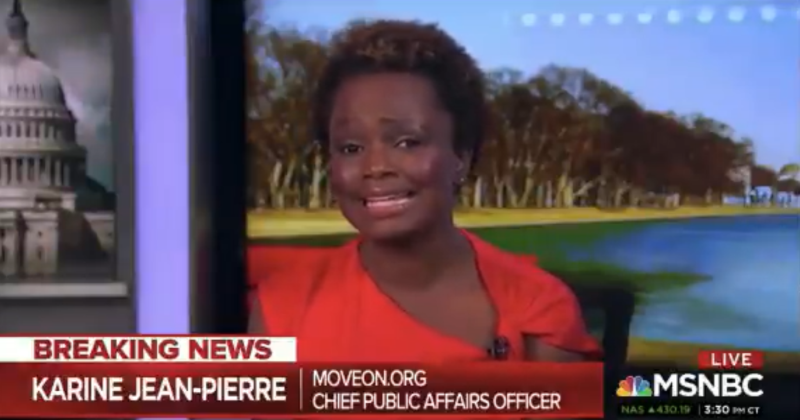 After being attacked by left-wing journalists and Democrat politicians for calling COVID-19 “the Chinese virus,” President Trump refused to apologize and said he doesn’t think it’s racist.

Discussing Trump’s “Chinese virus” remark, Jean-Pierre said, “racism in an outbreak is a common thing,” and that the problem now is “it’s coming directly from the President of The United States.”

“It is incredibly dangerous, it is problematic, and it is scary,” she continued. “And I just really want to call that out because you do have people in the Asian-American community whose lives are at risk. And for the President to call it a Chinese virus or a foreign virus, that is not — it’s just so dangerous and not a good thing to do, obviously.”

Racism in an outbreak is common but the problem is that it's coming directly from the President of the United States.
It's dangerous, problematic, and scary.

Of course, the narrative that calling COVID-19 a “Chinese virus” or “the Wuhan virus” is racist hit mainstream media after China denounced the West for labeling the virus after its birthplace.

In fact, before the word came down from Beijing, mainstream media outlets were frequently referring to the virus as being “Chinese” or coming from “Wuhan.”

Even MSNBC’s darling anchor Mika Brzezinski said, “This comes as the Chinese coronavirus death toll has jumped to at least 26 people and sickened at least 835 people.”

In January, before they were told to stop being so racist, ABC and AP ran headlines calling COVID-19 “The China Virus.”

Mike Adams joins The Alex Jones Show to expose the leftists efforts to sabotage President Trump’s efforts to stop the spread of coronavirus.

Why The Stimulus Bill is Bad For America