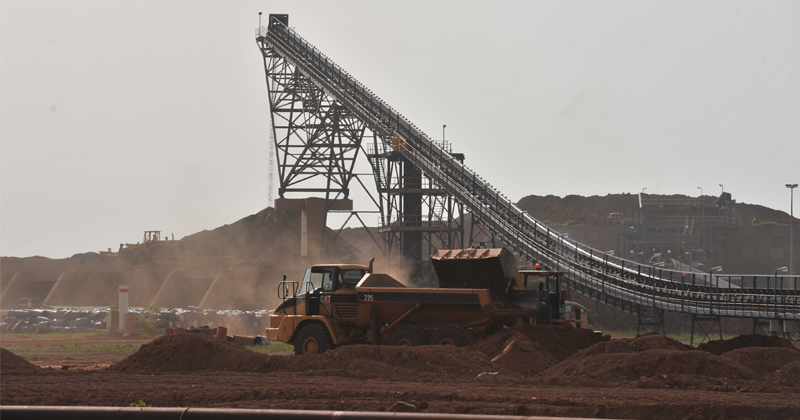 Gold output in South Africa fell for the 14th straight month in November. According to Bloomberg, it ranks as the longest streak of monthly declines since 2012.

Production fell 14% from a year earlier, Pretoria-based Statistics South Africa said in a statement on its website last week.

South Africa once led the world in gold production. The precipitous drop in the country’s mine output over the last few years is expected to continue and could foreshadow a long-term trend of falling gold production globally.

According to the Bloomberg report, most of South Africa’s gold mines are unprofitable at current prices.

Although South Africa still ranks eighth in the world in gold production, it continues to rapidly fall down the list of leading gold producers.  In fact, South Africa may run out of gold within four decades, according to the Environmental Economic Accounts Compendium published by African Statistics Day. Analysts say that at current production levels, South Africa has only 39 years of accessible gold reserves remaining.

Large goldfields such as South Africa’s Witwatersrand Basin are nearing the end of their life cycles. More than 40% of all the gold mined in human history came from the Witwatersrand Basin. But annual gold output in South Africa has plummetted. In 1970, South African mines produced 1,000 tons of gold. Since then, production has steadily dropped. The country only produced 139.9 tons in 2017. That represents a better than 86% drop from the 1970 peak.

There are signs that global gold mine output is beginning to plateau. Some analysts even believe we may be at or near “peak gold” — the point where the amount of gold mined out of the earth will begin to shrink every year.

While world gold output hit record highs in 2017, it only grew by 5.7 tons according to the World Gold Council. That represented the smallest increase since 2008.  According to a report by S&P Global Market Intelligence, while gold production will increase marginally over the next three years, there are troubling signs on the horizon. In fact, some analysts project gold output in several key countries, could slump to “generational lows” in the midterm.

Some analysts believe we might even be at or near “peak gold.” That’s the point where the amount of gold mined out of the earth will begin to shrink every year, rather than increase. During the Denver Gold Forum in September 2017, World Gold Council chairman Randall Oliphant said he thinks the world may have already reached that point. Franco-Nevada chairman Pierre Lassonde also expects a significant dip in gold production in the coming years. During an interview with the German financial newspaper Finanz und Wirtschaft last fall, Lassonde said we’re seeing a significant slowdown in the number of large deposits being discovered. And in 2016, Mining.com analyzed the data and concluded there are no more easy gold discoveries.

Billionaire Sam Zell said he recently bought gold for the first time. One of the reasons he invested in the yellow metal is because of shrinking mine production.

“Go back to supply and demand. Supply is shrinking and that is going to have a positive impact on pricing.”

Zell pointed out that mining companies have put very little money into exploration in recent years. This does not bode well for gold output in the near future.

“The amount of capital being put into new gold mines is almost nonexistent. All of the money is being used to buy up rivals.”

Gold production appears to have increased in 2018, although official numbers have not been released. But despite last years output, analysts say the gold industry may well be entering a long-term — and possibly irreversible — period of less available gold. As mining companies find it more difficult to pull gold out of the earth, it will mean less gold for refiners to produce for the consumer market. Remember, gold gets its value from its scarcity.

Nations around the world rush for gold while abandoning the dollar.