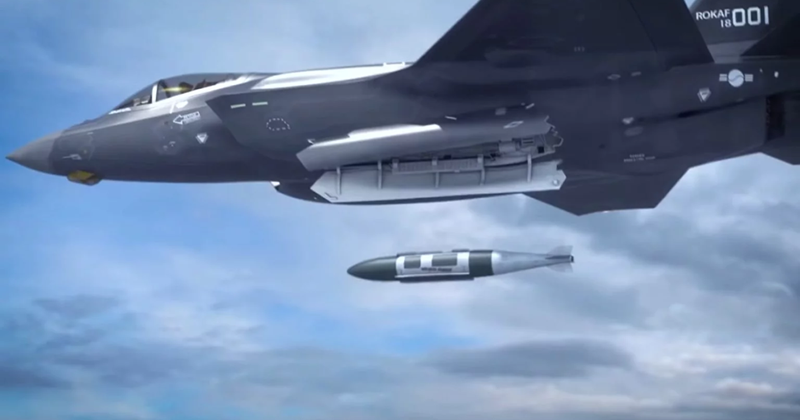 South Korea’s air force has released a provocative video this week showing a simulated pre-emptive strike against North Korean weapons systems at a moment of soaring tensions over a series of missile tests.

There are also new concerns Pyongyang could be preparing for the launch an intercontinental ballistic missile after warning the US a surprise “Christmas gift” awaits.

The just released South Korea video includes narration declaring that “glory of victory is promised under any circumstances” in the event of a pre-emptive strike against the enemy.

The video sequence produced by the South Korean armed forces features a scenario where the north is preparing for an ICBM launch, during which multiple of the south’s newly acquired F-35A stealth jets are scrambled. “Precision strikes” are then carried out against North Korea’s Hwasong-14, a North Korean ICBM first tested in 2017.

UK election reveals the power YOU have as an individual! Please share this link and keep spreading the message of liberty! The UK snap election, in which conservatives won a powerful majority not seen in decades, proves that humanity is once again embracing the classical liberal idea of self-determination.
Also, get all you need to completely stuff Christmas stockings this year with our Christmas Mega Pack sold AT COST during the 12 Days of Christmas Sale!

The video from Seoul’s military shows fictitious footage of the Global Hawk, a remotely piloted surveillance aircraft, detecting activity in North Korea, where the regime is seen setting up an ICBM on a mobile launch pad, South Korean television network JTBC reported Thursday.

The video also appeared to be a preview and showcasing of the long-awaited operational deployment of US-supplied F-35A stealth fighters as well as advanced intelligence-gathering RQ-4 Global Hawk drones.

North Korea has bristled at the addition of advanced stealth American aircraft, after a deal for limited transfer of small batches of aircraft was first struck in 2014.

South Korea will mark the operational deployment of F-35A stealth fighters in a ceremony to be held behind closed doors next week, the Air Force said Friday, amid heightened tensions with North Korea.

South Korea has so far brought in 13 F-35As, beginning with two in late March, under a plan to deploy 40 fifth-generation jets through 2021. North Korea has strongly bristled at the introduction of the state-of-the-art fighters as a sign of hostility.

Meanwhile, after test-firing two short-range missiles on Thanksgiving Day (which Japan alleged actually may have been a banned ICBM) in a now familiar pattern of doing threatening things on American holidays, Pyongyang declared at the start of December that it’s planning a “Christmas gift” for the United States, but without specifying what the potentially menacing ‘surprise’ gift could be.

Many fear that this latest threat could be a sign that North Korea is preparing to resume long-distance missiles tests, also amid a looming end-of-year deadline set by Pyongyang on nuclear negotiations with Trump.