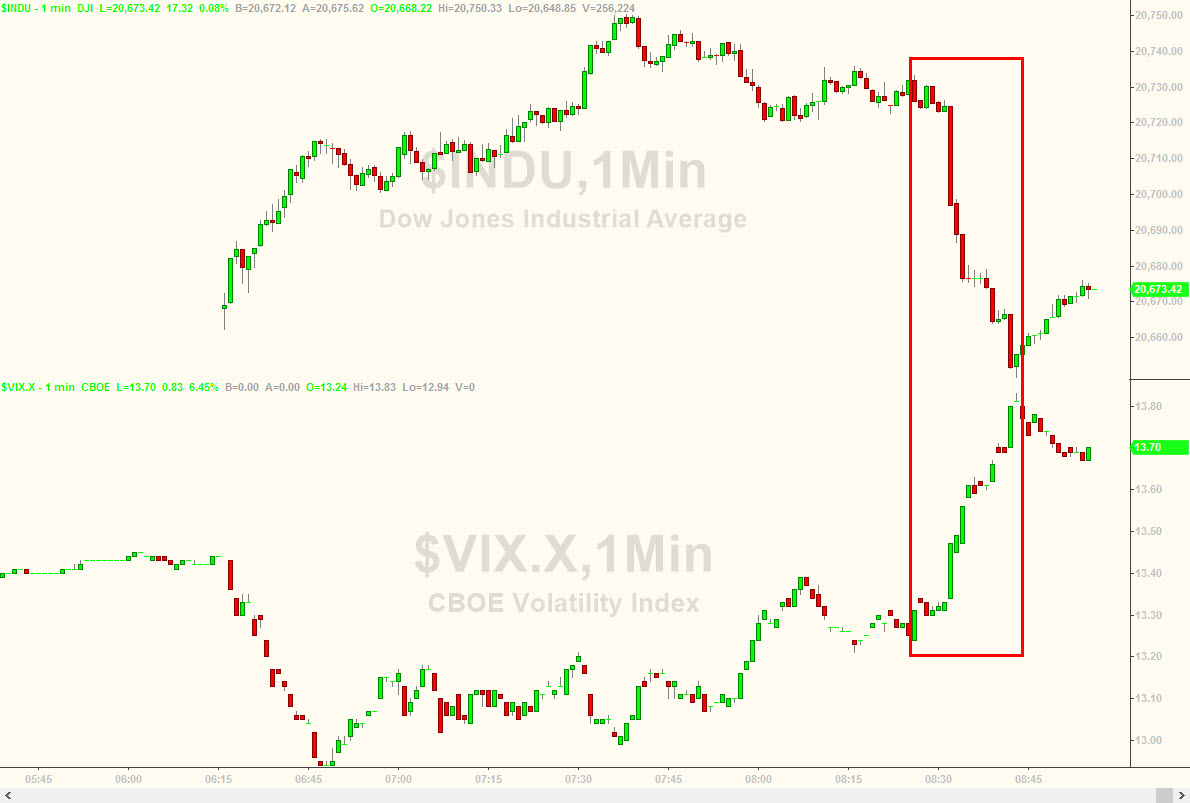 While the catalyst is unclear, it appears the market dropped as headlines of further sanctions against Russia appeared and reports of China deploying 150,000 troops to its North Korea border.

According to Korean news agency Chosun, the “Chinese army has deployed about 150,000 troops to the North Korean border in two groups to prepare for unforeseen circumstances.” The reason: the prospect of “military options”, such as preemptive attacks on North Korea, like the one the United States launched on Syria.

As the United States announced its independent North Korean behavior and moved the United States Navy’s nuclear-powered Calvinus (CVN-70) carrier class to Singapore, the Chinese army has deployed about 150,000 troops in two groups to prepare for unforeseen circumstances.

“The report said. It is because of the prospect of taking “military options”, such as preemptive attacks on North Korea, just as the United States has launched an air raid on Syria.

Japan’s Sankei Shimbun reported on the 9th that the Syrian missile strike in the United States shocked China, suggesting that the People’s Liberation Army forces are moving toward the Yalu River, .

The newspaper said the video was also broadcast on the Internet, but the authorities removed the relevant information, saying the move was a medical and aft support unit for the Shenyang bulb (the northern light bulb)

Another possible catalyst is a report by Russia’s interfax that Moscow is preparing for more sanctions, and has warned local air companies about a possible suspension of charter flights with Tu

Whatever the catalyst, the reaction is clear: 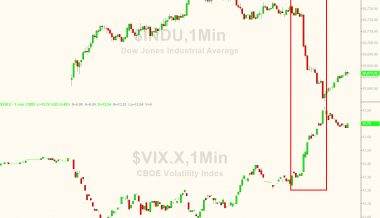 Dropping stocks below the levels right before Syrian airstrikes began… 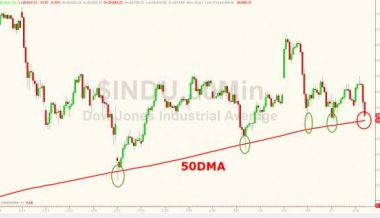 Taking everything but Trannies back into the red for the day. 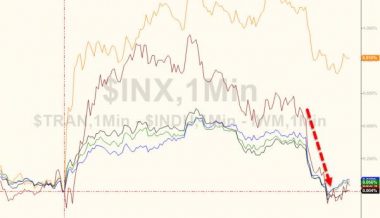 Gold is bid back over $1250 as USDJPY suddenly plunges. 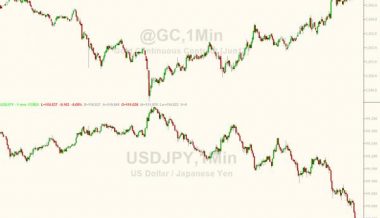