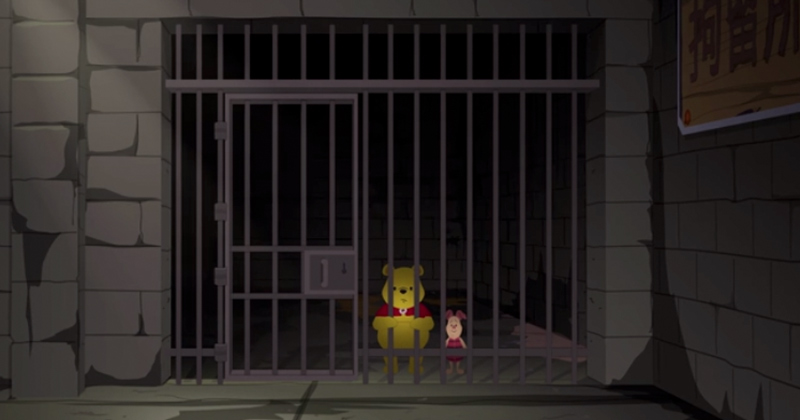 In an epic example of irony, the legendary cartoon South Park has been banned from the entire country of China after an episode called “Band in China” mocked the communist government’s role in censoring Hollywood.

The same Chinese entities who want to stop any negative press about the country, especially its government, have now done their best to purge all things South Park from the internet.

Finding a clip of the Comedy Central program on China’s infamously regulated internet is nearly impossible with every clip, episode and even online discussions about the show being deleted.

Spoiler Alert:
The episode that got South Park outlawed in China mocked American companies like Disney, Google and the NBA, among others, for ignoring the country’s anti-American practices in the name of making a profit.

Winnie the Pooh and Piglet also make an appearance in the episode, as they are held in a Chinese labor camp after being banned when citizens joked that President Xi Jinping resembles Pooh.

The show’s creators Matt Stone and Trey Parker responded to the censorship in a sarcastic statement that further mocks the authoritarian regime and also pokes fun at the NBA for recently kowtowing to China.

Like the NBA, we welcome the Chinese censors into our homes and into our hearts. We too love money more than freedom and democracy. Xi doesn’t look like Winnie the Pooh at all. Tune into our 300th episode this Wednesday at 10! Long live the great Communist Party of China. May the autumn’s sorghum harvest be bountiful. We good now China?