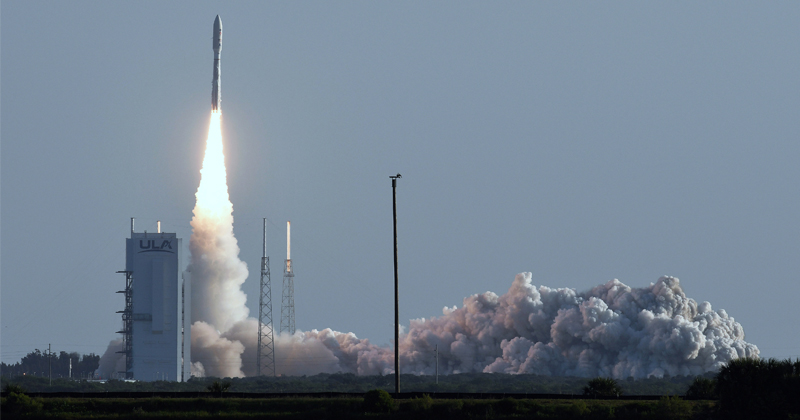 The spacecraft transporting the United States’ new Perseverance rover to Mars encountered a problem just a day after launch, causing it to briefly shut down, the US space agency NASA announced.

The problem has since been fixed.

According to the space agency, shortly after the Mars 2020 mission spacecraft was placed on a trajectory that will carry it from Earth to Mars, it entered safe mode, causing all but its most essential systems to shut down for a period of time.

The problem? A shadow! A sensor on the craft indicated part of it was slightly colder than expected. NASA announced on Friday afternoon that the problem had been fixed.

“With safe mode exit, the team is getting down to the business of interplanetary cruise,” Mars 2020 deputy project manager Matt Wallace of NASA’s Jet Propulsion Laboratory said in an agency blog post. “Next stop, Jezero Crater.”

The spaceship blasted off from Earth’s Kennedy Space Center on Thursday morning in a flawless launch. Although restrictions caused by the COVID-19 pandemic threatened NASA’s schedule, everything was put in order in time for lift-off. As Sputnik reported, the launch date was not very negotiable, since it is timed to minimize the duration of travel to the red planet.

Instead of a two-year journey, NASA’s Mars 2020 spacecraft will take just six months to traverse the distance. The launch was timed to coincide with the conjunction of Earth’s and Mars’ orbital locations. It is due to arrive in Mars orbit in February 2021.

In just one day, the craft covered a cool million miles, NASA said, but there are still 289 million more to go. Hope Perseverance packed a book!

Once on Mars, the SUV-sized Perseverance rover will carry equipment for studying the red planet’s climate and geology, as well as drilling for samples that NASA plans on returning to Earth with a later mission. The $2.7 billion probe is also carrying a small, 4-pound helicopter named Ingenuity, which will attempt to fly in the thin Martian atmosphere, which is just one-tenth as thick as Earth’s.