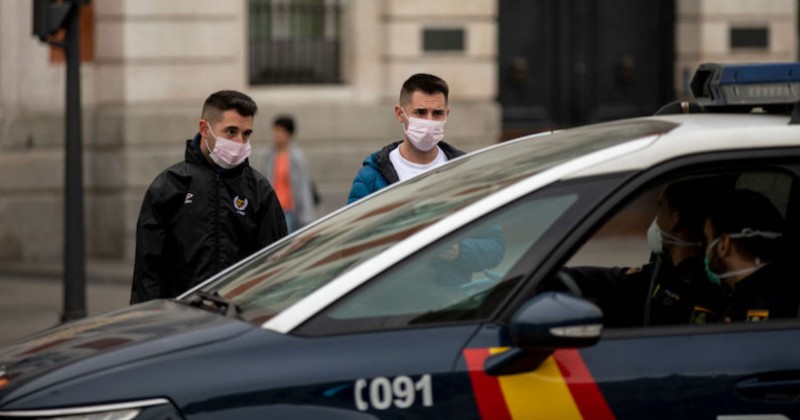 Police were called after a neighbor spotted two brothers playing soccer in their own back yard in another example of how the country’s lockdown is being ruthlessly patrolled.

Philipp Bagus of the The Mises Institute writes about a case of “When two brothers were seen playing soccer in the garden of an acquaintance’s apartment block, the police were called.”

“People denounce playing children, who are regarded as harmful to public health, and put up posters saying “Quédate en casa” (stay at home),” he adds. “This is a block warden mentality. The most worrying thing is the high number of willing state collaborators. The parallels with the past are unnoticed. No one seems to care, and it is not even discussed.”

Spain has enacted similar draconian lockdown measures to Italy and France in an effort to fight the spread of coronavirus, with people banned from being outside in apartment block gardens even if only one family at a time uses them.

People are only allowed to leave their homes for essential trips like buying food and seeking medical attention and not for exercise, as is the case in the UK.

Only one person from each household is allowed to leave at a time, with checkpoints set up to warn and fine those who have a passenger in their vehicle.

According to Bagus, Spaniards have adopted a kind of Stockholm syndrome where they praise the authorities who have effectively put them under house arrest.

“Instead of protesting against the violation of their property rights, they clap their hands every day at 8 p.m. in Spain,” he writes. “Initially, the applause was mainly to show support for doctors and nurses, but in the meantime cheers for the police have been mixed in.”