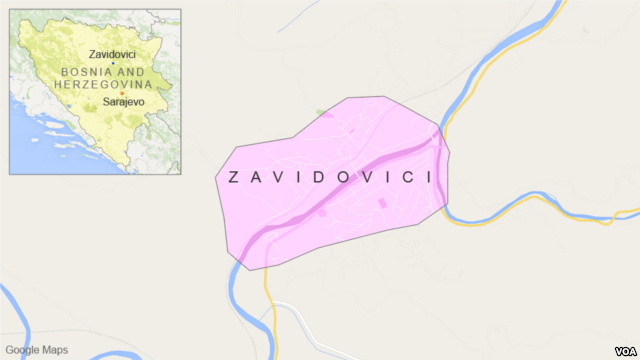 An infamous would-be archaeologist is at it again, suggesting that some unique rock formations he has discovered in present day Bosnia, are proof of an ancient civilization that thrived there 1,500 years ago.

Semir Osmanagic has been combing the hills around Visocica since 2005 claiming the surrounding mountains were part of a giant collection of pyramids that he says could be 15,000 years old.

Since then he has been digging around the mountains but not turning up any archaeologically accepted proof of his claims.

His latest “find” is a large, spherical rock found in a Bosnian forest that he says could be the oldest such rock ever made by humans.

The rock is about 1.4 meters across and he says it has a very high amount of iron content.

Scientists who have seen the rock say it is likely a natural formation and not a human construct.

But Osmanagic has received plenty of support and funding from the Bosnian government, and he is something of a celebrity in the area.

But to the archaeological world he is a dangerous charlatan.

Anthony Harding, the president of the European Association of Archaeologists called his claims “a total absurdity,” according to The Telegraph.

“There is some genuine archaeology on the hill and I’m told it’s medieval, possibly Bronze Age or Roman,” he said. “But the speculation that there could be a 12,000-year-old structure beneath is a complete fantasy and anyone with basic knowledge of archaeology or history should recognize that.”

In an open letter written ten years ago, a group of scholars denounced Osmanagic that “… disgracefully, threatens to destroy parts of Bosnia’s real heritage.”

Still, its unlikely Osmanagic will stop pushing his theories or digging in the region.

The sphere is receiving similar scrutiny.

Mandy Edwards of the University of Manchester’s School of Earth, Atmospheric and Environmental Sciences told The Daily Mail that the rock might not even be man-made but could have been formed by”precipitation of natural mineral cement within the spaces between sediment grains,” called concretion.