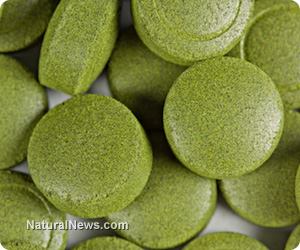 Did you know that, among its many benefits, spirulina has also been shown to improve academic performance in schoolchildren?

Spirulina is the name given to more than 40,000 varieties of spiral-shaped, blue-green algae that are consumed as nutritional supplements, typically in powdered or tablet form. It grows naturally in warm freshwater lakes between 85 and 112 degrees Fahrenheit.

Because spirulina is an abundant, naturally occurring food that is high in nutrients but contains only 3.9 calories per gram, it has attracted attention as a nutritional supplement that might be able to help alleviate malnutrition worldwide without leading to the opposite problem of obesity. Adding to spirulina’s appeal, it retains its nutritional value well during processing and has an extraordinarily long shelf life.

A nutritional powerhouse
The academic performance study was conducted by Senegalese researchers and published in the French journal Sante Publique in 2009. The researchers were evaluating the effectiveness of a government program designed to improve the nutritional status of schoolchildren with spirulina supplements. The children consumed 2g of spirulina (mixed with 10g of honey for flavor) once per day for 60 days.

The researchers compared the academic performance of 549 Senegalese elementary school students right before the beginning of spirulina supplementation with their performance two months later. The children’s average age was seven years, seven months.

After two months of spirulina supplementation, the children’s average school performance had increased by 10 percent. The results were statistically significant.

Because so little research on this effect has been done, it is impossible to be certain what is responsible for this improvement in academic scores. However, studies have shown that spirulina improves both cognitive ability and mental health, in part because it contains high levels of L-tryptophan – the amino acid needed for the body to synthesize the neurotransmitters serotonin and melatonin.

Another possible explanation is that spirulina improves the overall nutritional health of school children, which has been strongly correlated with academic performance. Spirulina is not just a complete protein but 60-70 percent protein by weight, a higher proportion than either soy or red meat. It is high in vitamins A, C, D and E, as well as in B vitamins, including B-12, which is not typically found in vegetable sources. It also contains a wide variety of minerals, antioxidants and fatty acids that have been shown to contribute to healthier skin and hair, and to fight cell damage.

Benefits for all ages
The clinically proven properties of spirulina exceed even these remarkable benefits. It has been shown to help the body fight infection, lose weight, lower cholesterol and even prevent the inflammation linked with heart disease. It fights anemia (it is especially high in iron), purifies the blood and removes heavy metals and other toxic substances from the body.

Spirulina has also been shown to increase energy, help control food cravings and relieve anxiety, depression, fatigue, stress and premenstrual syndrome. It is one of the most effective natural ways to relieve the symptoms of allergies and hay fever. Spirulina has also shown promise in fighting arthritis, alcoholism, herpes and even cancer.

All of these benefits can come from taking as little as 2-3 grams of spirulina per day.

Spirulina should not be taken, however, by anyone with phenylketonuria or autoimmune disorders, due to its high phenylalanine content and its immune-boosting properties, respectively. Pregnant or breastfeeding women should only take it under the supervision of a health care practitioner.

To learn more about the remarkable benefits of spirulina, visit the NaturalNews Science page on this amazing superfood (http://science.naturalnews.com) or download the free report “Super Foods for Optimum Health – Chlorella and Spirulina” at NaturalNews.com.