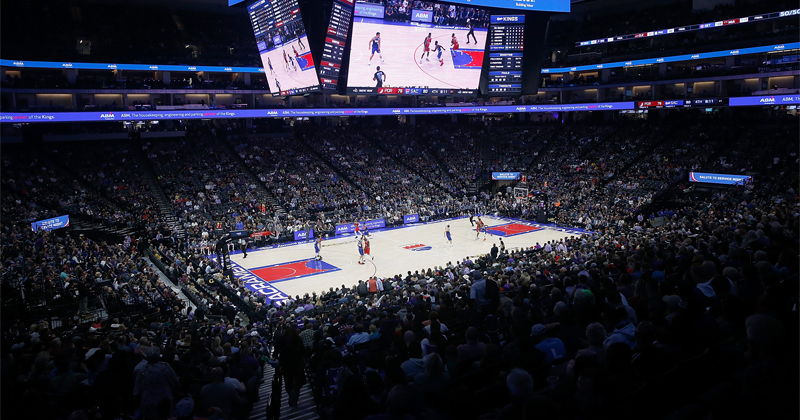 A popular sports commentator slammed the idea of the NBA painting “Black Lives Matter” on courts where games would be played, saying, “the road to hell is paved with good intentions.”

When asked about it, former NFL defensive end Marcellus Wiley warned of the dangers of identity politics and said putting the slogan on courts is “not a good idea.”

“We know what identity politics does; it divides and it polarizes,” said Wiley on Fox Sports’ Speak for Yourself earlier this week. “No matter how you want to look at it, that’s just the effect of it, no matter how great the intentions are. And we all know, the road to hell is paved with good intentions.”

.@MarcellusWiley breaks down why the NBA’s plan to paint ‘Black Lives Matter’ on courts is a bad idea. pic.twitter.com/EoCJNf7ho1


Wiley voiced the problematic environment being created where free speech is allowed some, but not others.

“…There’s a problem with — when you start to go down this road of ‘freedom of expression,’ ‘freedom of speech,’ and how much social space is allowed for those who don’t support in that same place.”

I don’t know how many people really look into the mission statement of Black Lives Matter. But I did, and when you look into it, there’s a couple things that jump out at me. And I’m a black man who’s been black and my life has mattered since 1974, and this organization was founded in 2013. I’m proud of you, but I’ve been fighting this fight for me and for others a lot longer.

Two things: my family structure is so vital, important to me. Not only the one I grew up in but the one I’m trying to create right now. Being a father and a husband, that’s my mission in life right now. How do I reconcile that, what I just told you, with this mission statement that says, “We dismantle the patriarchal practice, we disrupt the Western-prescribed nuclear family structure requirement.”

During his conclusion, Wiley questioned the relevance of targeting “white supremacy” in 2020 and asked followers of the radical movement to respect people who don’t agree with them.

“When I also see [BLM’s mission statement] is to eradicate white supremacy, in 2020 white supremacy is the mission? Woo, that’s a lot of digging through minutiae right there.”

“So I understand; I respect your space; I respect what you’re protesting for. But will you respect others who don’t support that same protest?”