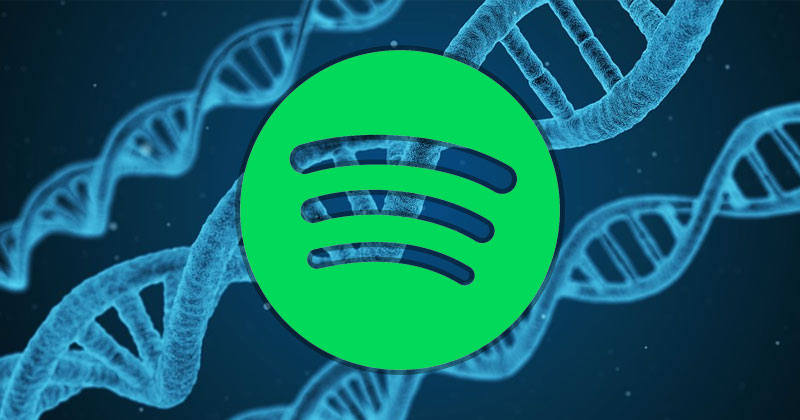 Music streaming service Spotify has partnered with genealogy website Ancestry in order to offer playlists based on a user’s DNA.

In a post on their website last week, Ancestry, which uses saliva tests to provide customers with information on their lineage, announced the launch of its new feature.

“With an AncestryDNA test you can discover more about yourself –– from learning your ethnicity to connecting with distant relatives,” the company said. “And now your AncestryDNA results can play a unique Spotify mix of music, inspired by your origins.” 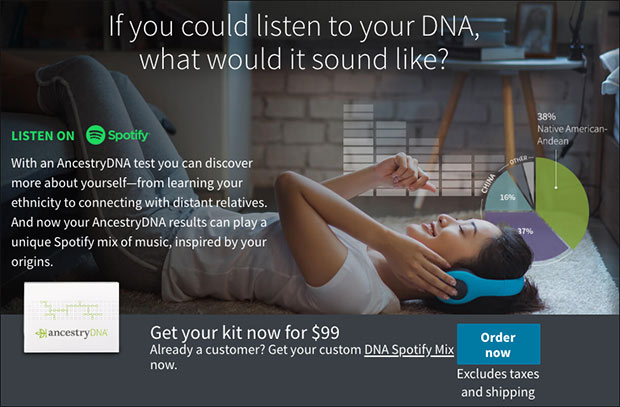 “It’s so much more than the stats and the data and the records,” Mehrasaid. “How do we help people experience their culture and not just read about it? Music seemed like an obvious way to do that.”

News of the collaboration was met with mixed reviews on social media, with many expressing concern over potential data sharing issues.

Spotify has since responded by stating that the system does not link the two services and instead requires users to “manually input their AncestryDNA test results into Spotify’s playlist generator.”

The music streaming company also told Noisey that DNA test results are “not stored on any server.”

Ancestry says well over 10,000 people have opted-in thus far, with thousands more expected to as well in the coming days.

DNA-testing companies have repeatedly made headlines in the past for the handling of users’ genetic information, which is regularly provided to third parties.

It was revealed earlier this year that more than 92 million users of the DNA-testing site MyHeritage had their usernames and hashed passwords exposed after a private server was discovered online.