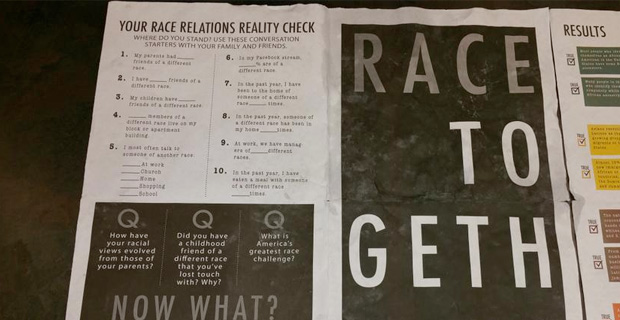 A full page newspaper advertisement procured by coffee chain Starbucks asks, “Where do you stand?” on race relations, while providing readers with a racially-charged survey checklist.

The ad, which appeared in Friday’s copy of USA Today, is part of the coffee company’s #RaceTogether initiative, an effort to influence customers’ opinions regarding racial tensions in the United States.

The ad encourages readers to “Use these conversation starters with your family and friends at work,” and lists 10 fill-in-the-blank questions which will prove once and for all that you and everyone you know are racists.

“My parents had ___ friends of a different race,” reads one survey question. 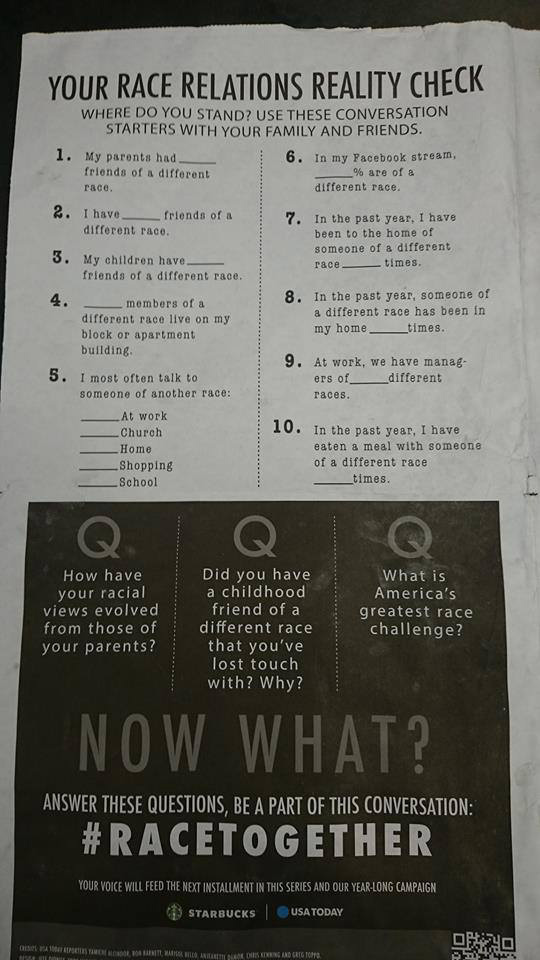 Under the #RaceTogether program, baristas have the option to hand select customers coffee cups with the words “Race Together” inscribed on them and are encouraged to engage them in a conversation about race.

Interestingly, CEO Howard Schultz has not relented on the campaign, despite it receiving a flood of negative backlash from the online community.

The ill-conceived campaign was mocked so hard that Starbucks’ Senior Vice President of Communications, Corey duBrowa, had to delete his Twitter account.

Check out what happened when Infowars sent black and white reporters to Starbucks and asked for helping relieving racial tensions.