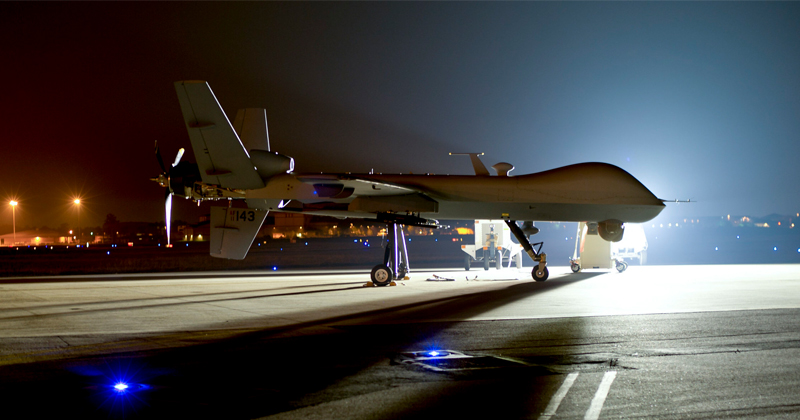 In a Friday statement, the White House announced changes to the Missile Technology Control Regime (MTCR) that would allow the sales of US military drones to other countries.

“While the Missile Technology Control Regime (MTCR) is critical in slowing proliferation and promoting peace and security, it is in dire need of modernization as it applies to” unmanned aerial systems (UAS), the White House statement reads.

“In a sector of rapidly evolving technology, the MTCR’s standards are more than three decades old. Not only do these outdated standards give an unfair advantage to countries outside of the MTCR and hurt United States industry, they also hinder our deterrence capability abroad by handicapping our partners and allies with subpar technology,” the statement continues.

“More than two years of discussion with MTCR partners were unable to produce consensus on this overdue reform. Therefore, the President has decided to invoke our national discretion to treat a carefully selected subset of MTCR Category I UAS, which cannot travel faster than 800 kilometers per hour, as Category II. As such, the United States has determined that it will overcome the MTCR’s strong presumption of denial for this UAS subset.”

The nonbinding MTCR dates to 1987 and was agreed upon by the G-8 countries in order to limit the proliferation of missile technology. As Sputnik reported, its primary concern was preventing the spread of technology for projectiles capable of carrying an 1,100-pound payload a distance of 190 miles, judged to be the minimum weight for a first-generation nuclear weapon and the minimum distance for a viable strategic strike, but the regime later expanded to include potential biological and chemical delivery systems as well.

However, before the Friday order, the agreement categorized combat drones as a type of cruise missile, greatly frustrating the sale of US drones such as General Atomics’ MQ-9 Reaper and Northrop Grumman’s RQ-4 Global Hawk, two large drones that fly slower than 500 miles per hour. Trump’s order has removed the “presumption of denial” for prospective sales.

Advocates for the policy change have cited China’s growing dominance of the international drone market, which benefits from a lack of competition with US products.

Rachel Stohl, vice president for defense issues at the Stimson Center think tank, told Defense News the White House’s decision was “yet another affront to international agreements and global arms controls … Once again, the Trump administration is focused on short-term economic gain rather than medium- to long-term security and foreign policy interests.”