Earlier this week it was reported that the U.S. would allow airstrikes against Syrian government targets in defense of US-trained rebel militants who have been battling against the Assad regime for the past four years, a de facto declaration of war two years after President Obama supposedly backed down from committing the United States to military action in Syria to topple the Assad government.

When asked by RT’s Gayane Chichakyan what the legal basis was for this decision or whether it could be justified by Congressional backing, the State Department’s Mark Toner was left dumbfounded.

“I frankly don’t know what the legal authority is,” Toner said, arguing that the measure was defensive in nature and would only be used if Assad’s forces attacked US-trained rebels (many of whom have gone on to join Al-Qaeda affiliate groups and ISIS itself).

Toner refused to admit that the decision represented a major change in US policy, arguing, “There’s no change in the legal framework, our main goal is to take the fight against ISIL. Nothing’s changed in that regard.”

The Obama administration has proven in the past that it has little concern for obtaining legal authority or Congressional approval prior to committing US troops overseas.

Obama brazenly undermined the power of Congress by insisting his authority came from the United Nations Security Council prior to the attack on Libya and that Congressional approval was not necessary.

“I don’t even have to get to the Constitutional question,” said Obama, a move that Congressman Walter Jones said constituted, “an impeachable high crime and misdemeanor under article II, section 4 of the Constitution.”

Libya has since been overrun by tribal warlords and Islamic State militants, with the former US-backed rebel commander Abdelhakim Belhadj now leading ISIS forces in Tripoli.

As the video below documents, the announcement that Syrian forces would be targeted amounts to a de facto declaration of war. While ISIS continues its bloodthirsty rampage, killing thousands of Christians and Muslims, the Obama administration and its allies seem more preoccupied with destabilizing the governments of Syria and Iran. 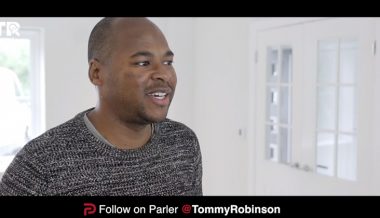