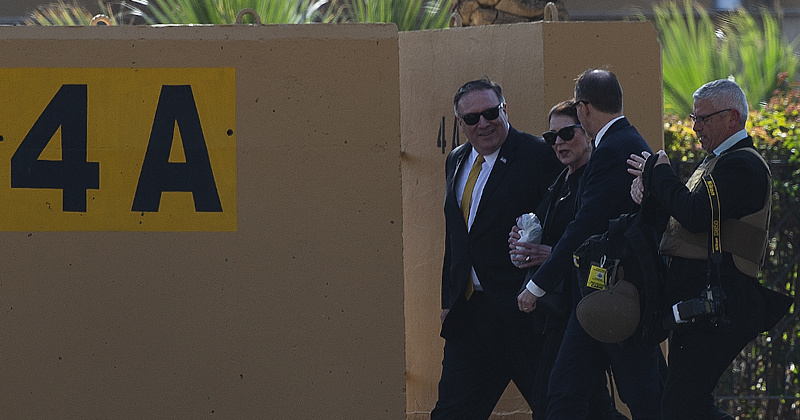 The US State Department is preparing to significantly reduce staffing levels at its embassy in Baghdad and other diplomatic centres in the Iraqi capital and Erbil, US broadcaster CNN reported on Wednesday, citing an official memo.

“The Department assesses the reduction of personnel will allow Mission Iraq to still achieve its core objectives, and conduct adequate monitoring and oversight of programmes. These functions will continue to be performed by personnel in Iraq and, in some cases, by personnel located at other posts,” the memo, sent by Bureau of Legislative Affairs Assistant Secretary Mary Elizabeth Taylor to committee Chairman Jim Risch, noted.

According to the broadcaster, the State Department plans to cut staffing levels by 28 percent in Iraq.

Dissatisfaction has been growing within the United States administration with their Iraqi partners.

In early December, a military base near Baghdad International Airport was shelled and six Iraqi soldiers were injured. US Secretary of State Mike Pompeo has blamed attacks on Iran and its partners.