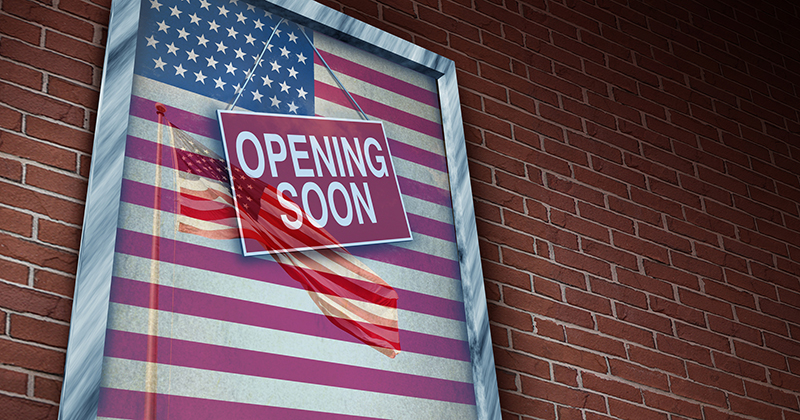 Most U.S. states are seeing tax revenues completely and utterly collapse during this COVID-19 pandemic, and some are already begging the federal government for bailout money.

Because if dramatic intervention does not happen, many states are going to have to start savagely slashing their expenditures, and that could mean unprecedented job losses on the state government level.

Once those jobs have been eliminated, they will not be easy to replace.

The tax revenue numbers that are starting to come in are nothing short of shocking.  Just consider these examples…

Georgia is showing a decline of more than $100 million in sales tax, fuel tax and other tax revenue compared with the same period a year ago. Tennessee’s tax revenue is down more than $120 million. Pennsylvania’s is off by more $760 million, and Texas, which also has been hammered by the downturn in oil prices, has seen tax collections plummet by nearly $1 billion.

And New Jersey officials just reported that tax revenue in their state fell a whopping 60 percent during the month of April compared to a year ago.

These are unprecedented figures, and they have created gaping holes in state budgets all over the nation…

Colorado faces a gap of nearly a quarter of the state’s general budget. The projected gap in California is more than a fifth of its spending plan and in Oklahoma, a sixth. The governor of Oregon is preparing to cut 17% of her budget. Michigan may have to slash up to a quarter of the money it sends to schools.

And what is truly frightening is that this new economic depression in only a couple of months old.

What will things look like once we get several more months down the road?

Already, New York Governor Andrew Cuomo says that things are so bad in his state that a 61 billion dollar federal bailout is needed…

New York Gov. Andrew Cuomo said his state needs $61 billionin federal support “or we will wind up aggravating the situation” by forcing cuts to local governments.

“You know who local governments are? That’s police, firefighters. You want me to cut hospitals? Hospitals are the nurses and the doctors who just got us through this and everyone celebrates as heroes. If you don’t fund the state, that’s who you’re cutting in terms of finances.”

Of course we have entered a time when literally everyone is going to be begging the federal government for money.

And as I discussed yesterday, all of the reckless borrowing and spending the federal government has been doing is going to absolutely wreck the value of our currency.

But most of our politicians are not really concerned about the value of the U.S. dollar at this point.  They just want to to rev up the cash machine and try to patch up our sinking ship.

Public pension plans lost a median 13.2% in the three months ended March 31, according to Wilshire Trust Universe Comparison Service data released Tuesday, slightly more than in the fourth quarter of 2008. March’s stock market plummet led to the biggest one-quarter drop in the 40 years the firm has been tracking.

This was already an emerging crisis even before COVID-19 came along, and now a lot of these plans are going to be in very, very serious trouble.

This is one of the reasons why authorities are so desperate to prop up the stock market.  Pension plans have poured so much money into stocks in recent years, and that worked out just fine during the boom years.

But now that a new economic depression has arrived, it is going to turn out to be a catastrophic strategy.

Meanwhile, we continue to get more bad economic news with each passing day.  On Wednesday, we learned that Steak ‘n Shake will be permanently shutting down more than 50 locations…

The restaurant Steak ‘n Shake has announced the decision to permanently close at least 51 of its restaurant locations nationwide. The move comes amid growing worry about the COVID-19 outbreak and its damage on the company’s financial future.

Biglari Holdings Inc. announced in its first quarter report that Steak ‘n Shake’s revenue has drop $59 million compared to the same time last year because of a decrease in demand.

For those keeping score at home, these are more jobs that are never, ever coming back.

But I certainly can’t blame Steak ‘n Shake for shutting down restaurants.  Social distancing restrictions will remain in effect in some areas of the country for many months to come, and fear of the coronavirus will keep many customers away long after all of the restrictions have finally been lifted.

Certain industries are just going to have to accept the fact that we have entered a new economic reality, and business models are going to have to fundamentally change.  For example, the International Air Transport Association is already projecting lower levels of air travel for at least the next five years…

Demand for air travel will lag behind pre-coronavirus forecasts for at least five more years, according to the latest projections from the International Air Transport Association.

Global traffic, or the number of passengers carried times the distance flown, will still be about 10% below original estimates in 2025, Brian Pearce, the trade group’s chief economist, said in a media briefing Wednesday.

I was stunned when I first read that.

But this is how fast an economic death spiral can happen.  Fear of the coronavirus has paralyzed economic demand, and this is causing businesses all over America to fail.

As more businesses fail, that creates even more economic fear, and lenders get even tighter with their money.

Hopefully we can break out of this cycle of fear eventually, but of course this “perfect storm” that we are now facing is still only in the very early chapters.

At some point this coronavirus pandemic will fade, but there will be no running away from the consequences of decades of exceedingly foolish decisions.

Those decisions set the stage for the greatest economic crisis in our history, and now we are starting to watch that crisis play out right in front of our eyes on a daily basis.