Thirty-two states are on the path to UN-inspired carbon reduction, Cap-and-Trade schemes and unconstitutional alliances; the supporting Governors must be held accountable.  Carbon reduction and population reduction go hand in hand.  The United Nations failed to impose their treaties from the top down (the Kyoto and Copenhagen Accords) and the federal government has abandoned its unpopular national Cap-and-Trade scheme for now.  Cap-and-Trade is being pursued on the state level, and one region has even raised over $700 million in carbon auctions.

The thirty-two states have been divided into three regions; regionalism is a trick that uses re-zoning to establish new jurisdictional authority.  State compacts and agreements, in addition to state treaties with foreign governments, are unconstitutional.  While these regional programs have avoided mention of United Nations Agenda 21, the blueprint for depopulation total control, evidence supports that this is an Agenda 21 Sustainable Development program for the following reasons:

•  Man made global warming deception, based on discredited science from the United Nations Intergovernmental Panel on Climate Change (UN IPCC), is a primary excuse used to implement Agenda 21 Sustainable Development.

•  California’s AB 32 Global Warming Solutions Act  is committed to achieving the targets of the UN Kyoto Protocol (a treaty with mandatory rules to limit carbon).

• RGGI (Regional Greenhouse Gas Initiative of the Northeastern states) is similar to the UN Kyoto treaty with mandated regulations and a Cap-and-Trade scheme.

Because global warming has been discredited, it is now referred to as climate change, climate disruption and the greenhouse effect.

According to Dr. Michael Coffman, and over 30,000 other scientists, carbon dioxide (CO2) is essential for life on Earth.  All plants must have it to produce food for themselves.  At the current atmospheric concentrations, CO2 is limiting to plant growth.  Currently, CO2 levels are about 387 ppm, and even if the levels increased by 500%, it would benefit agriculture and the Earth’s atmosphere without any harm to humans or other animal life.  The consensus that CO2 is harmful and that the science is “settled” is false.

Despite the fact that water vapor causes the overwhelming amount of greenhouse gas, the EPA failed to list it as a greenhouse gas in its ‘Endangerment Finding’, most likely because people would then understand that water, like carbon, is harmless and would reject the idea that CO2 is a threat to public health and welfare.   The objective of controlling greenhouse gases is to implement political policies, like the EPA’s 18,000 page document with carbon reduction codes that also include a Cap-and-Trade scheme.   This is another example of how the UN has used a governmental body to impose its schemes.

There are 23 states that are partnered within 3 regions, with the goal of reducing human carbon emissions that can cause economic devastation.  There are 9 additional states that are “observers” to these regional alliances, which means that they have taken some steps toward joining. The Governors of these 32 states seem to have been duped by discredited UN global warming “science”, or they fear standing up against the regional alliances,  or they are globalists.  Most of these Governors’ seats are open in the upcoming November 2nd elections.  If the current Governors refuse to remove their States from these alliances, they can be voted out of office.

The regional alliances and their programs are outlined below:

The ten participating states in RGGI’s Northeastern region are: Connecticut, Delaware, Maine, Maryland, Massachusetts, New Hampshire, New Jersey, New York, Rhode Island and Vermont.  RGGI’s Cap-and-Trade auction began selling carbon allowances in 2008 and has amassed $729 million in sales for the RGGI program.  In March of 2009, RGGI carbon allowances hit a peak of $3.51 per ton; the latest auction in September 2010 saw prices drop to $1.86 per ton- the market seems to be responding to the unravelling of global warming deception.  Incidentally, the market for Chicago Climate Exchange (CCX) shares crashed; CCX price per share peaked in 2008 at over $7, but CCX is now trading at 5-10 cents per share.

RGGI has mandatory regulations to cap and reduce CO2 emissions by 10% from the power sector (electricity) by 2018.  Each state that adopted RGGI was required to adopt a rule through legislation or regulation, thereby making it mandatory and enforceable.  RGGI is now targeting vehicle emissions, based on the California model.  People who are familiar with UN Agenda 21 Sustainable Development understand that its goal is total control by way of deindustrialization, economic destruction, centralization of power and limiting travel.

Pennsylvania, a coal rich state, is an “observer” to RGGI, which means that it has taken steps toward joining RGGI.  Quebec, New Brunswick and Ontario are also observers.  It is unconstitutionalfor States to make treaties with foreign governments (Article 1, Section 10).

Several Northeastern state governors did object to joining RGGI but later capitulated, or they were replaced by governors who did sign onto RGGI, or they joined due to pressure and direction by state legislators.  When Mitt Romney was the Governor of Massachusetts, he opposed RGGI on the basis of a lack of opt-out provisions if energy prices rose beyond a certain level.

The following five governors instituted the Western Climate Initiative: Napolitano of Arizona (she is now US Secretary of Homeland Security), Schwarzenegger of California, Richardson of New Mexico, Kulongoski of Oregon and Gregoire of Washington State.  Since that time,  Montana and Utah have joined as states participating in this agreement.

The foreign states that have joined the WCI are: British Colombia, Manitoba, Ontario and Quebec. Again, it is unconstitutional for States to enter into treaties with foreign governments.

California is the model for tyrannical regulations planned for other states to follow.  California State passed the Global Warming Solution Act (AB 32) in 2006, so it is ready for implementation.  However, because so many people understand that it is a “job killer” that could cost California over one million jobs, a bill to suspend it is on the November ballot (YES on Proposition 23 will suspend the Cap-and-Trade law).

In addition to power plants targeted in this control program, transportation is also marked.  California has a law that has not yet been implemented, the Sustainable Communities and Climate Protection Act of 2008 (SB 375), which will raise taxes in order to re-zone land usage and transportation patterns.  SB 375 proposes that individuals be monitored to track how many miles they travel in their cars and through which regions they travel.  A toll charge is planned for crossing through regions, toll roads are planned and extra car registration taxes are suggested.  The intent of SB 375 is to expand “natural lands” which would be unpaved and uninhabited.  They acknowledge that they will have to get local governments to “buy into” their plans for implemntation, so their tactics may include more propaganda and financial incentives to local governments.

Governor Christine Gregoire of Washington State is involved in a lawsuit for unconstitutionally issuing an Executive Order to implement climate change measures that were rejected by the Washington State Legislature.

According to an article from the American Spectator, Idaho Governor Butch Otter appears to support carbon reduction in the marketplace (Cap-and-Trade) and the WCI, even though Idaho is not yet a member.

Click here for the WCI action plans for each member State and Province.

The Governors of the six full participant states: Illinois, Iowa, Kansas, Minnesota, Michigan and Wisconsin, along with Manitoba, established this accord several years ago with funding from these tax exempt globalist organizations: the Joyce Foundation (contributor to creating the CCX), The McKnight Foundation (funding of energy market manipulation) and the Kresge Foundation.  Observer states include Indiana, Ohio and South Dakota; Ontario is an observer as well.

The Midwest has intensive manufacturing and agricultural sectors making is the most coal dependent region in North America.  MGGRA’s website claims that renewable energy presents a great opportunity for the region, but renewable energy is inefficient.  MGGRA is focused on changing and influencing federal policy and receiving federal funding to combat discredited man made global warming, and is used as a vehicle to implement Cap-and-Trade and other restrictive policies.

The definitions of an Initiative are: (1) the right to initiate legislative action and (2) a procedure enabling the proposal of a law to the electorate or legislature through petition by voters or legislators.

The definition of an Accord is: a formal act of agreement- a treaty.

Please refer to the article “UN Tricks and Treaties” for a more detailed explanation of the treaties that are being implemented by the States.

The money to be collected from the WCI Cap-and-Trade program is to be used for establishing renewable energy, which is inefficient.  The documents for SB 375 (that re-zones land usage and transportation patterns) indicate that Cap-and-Trade proceeds could help to fund the restrictive regulations of SB 375.  The American Carbon Registry, slated to manage the the funds merged with Winrock International.  Winthrop Rockefeller (former Governor of Arkansas) seems to be the key founding member of this organization (click here to see a list of the current funding partners that include agencies of the US government).  There was no response to our e-mail and telephone request for an explanation of how Winrock would allocate the money collected from the Cap-and-Trade program.

There are 37 Governors’ seats available in the upcoming November election.  The Governor of each of the 32 states that is a member or observer of any of the regional alliances must be pressured to opt out of the unconstitutional alliances or replaced with a candidate who will opt out of the alliance (all but 5 allied states’ governors seats are available in the November elections).

You can forward this article to your candidate and ask them if they support these unconstitutional alliances and the global warming myths.

State Legislators are also critical office holders, so it is important to discover their position on this matter before the elections.

Please visit www. MorphCity.com for more information on Agenda 21 and to read the companion article about energy “UN Tricks and Treaties”.

Thanks to Dr. Michael Coffman for his meticulous research.  The water vapor video clip was taken from his documentary “Global Warming or Global Governance” which can be purchased by clicking here.  His latest achievement is the book “Rescuing a Broken America” that details how America can return to the Constitution. 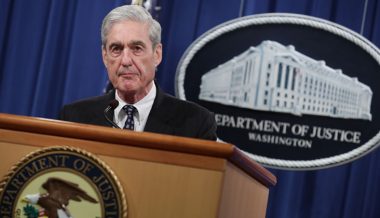 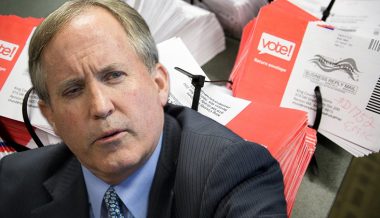