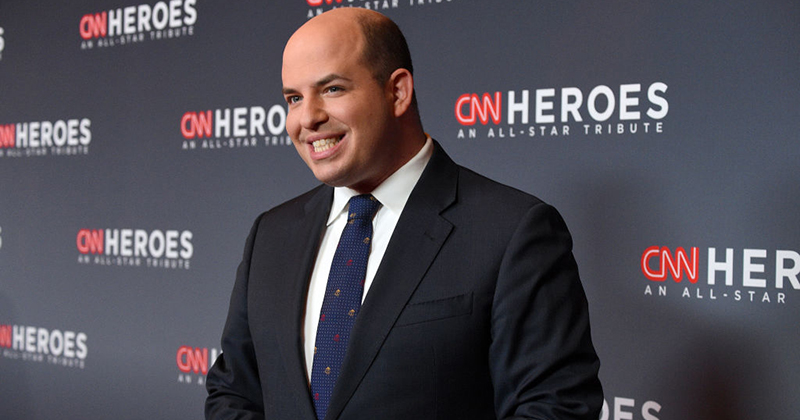 Stelter declared that because there will likely be a “stream of disinformation” at the RNC this week, CNN will “cut away” from the event as and when it needs to correct GOP claims.

Stelter also hilariously slammed other networks for being biased.

“There is an asymmetry in our media…where Fox is off there on the right in ways that other networks are not, in the middle or on the left,” Stelter said, further claiming that “one side” lies “a whole lot more than the other.”

“SHOULD TV NETWORKS AIR RNC IN FULL?” @BrianStelter advanced rationale for nets not to: “Television nets are going to have interesting choices to make…about whether to cut away if there’s this stream of disinformation happening live.” Promises CNN will cut in w/ “fact checks. pic.twitter.com/7GBgDSdiaI

Many were quick to highlight the sheer hypocrisy of Stelter’s tantrum:

I must have missed the live fact-checks during the DNC https://t.co/3YGeem4q0R

Did @CNN cut away from DNC with “objective” fact checks?

Who didn’t see this coming from this clown? Stelter’s job is to make the media the center of attention. And then no one moans louder when people he doesn’t like gives him that attention. https://t.co/OJrGOJoBY5

Indeed, before the RNC has even begun, CNN has been working to spread misinformation about those speaking at the event, describing former Covington High School student Nick Sandmann as a person who “sued major networks over a viral video,” and the McCloskeys as a couple who ‘waved guns at protesters’:

Isn’t it nice how CNN didn’t include how they slandered Sandmann and had to pay him untold amounts?

Sandmann noted recently that he will use the opportunity at the RNC to burn the leftist media:

The left is mad I decided to speak because it’ll be the first time I testify about the media.