Just in case you’re not convinced the intelligence community views the public (American or otherwise) as little more than exploitable data generators, two paragraphs from Der Spiegel’s full article on the NSA’s cell phone exploits should do the trick.

The first deals with former NSA boss Michael Hayden and his iPhone experience.

Michael Hayden has an interesting story to tell about the iPhone. He and his wife were in an Apple store in Virginia, Hayden, the former head of the United States National Security Agency (NSA), said at a conference in Washington recently. A salesman approached and raved about the iPhone, saying that there were already “400,000 apps” for the device. Hayden, amused, turned to his wife and quietly asked: “This kid doesn’t know who I am, does he? Four-hundred-thousand apps means 400,000 possibilities for attacks.”

What most people would view as a feature list, the NSA views as a way to turn a person’s phone into an informant. What Hayden references goes much deeper than simply grabbing location data and call records, something most intelligence and law enforcement agencies can already obtain without a warrant.

In the basest terms, the NSA wants to be inside your phone and will do anything to get there, but rather than follow that particular idiom into a dead end filled with rapey metaphors, we’ll move on to the part where the NSA blames you for creating such attractive data.

In three consecutive transparencies, the authors of the presentation draw a comparison with “1984,” George Orwell’s classic novel about a surveillance state, revealing the agency’s current view of smartphones and their users. “Who knew in 1984 that this would be Big Brother …” the authors ask, in reference to a photo of Apple co-founder Steve Jobs. And commenting on photos of enthusiastic Apple customers and iPhone users, the NSA writes: “… and the zombies would be paying customers?”

No doubt whoever put together this presentation was pretty pleased with applying the Big Brother epithet to a private corporation. Without a doubt, many tech companies gather a ton of data on their users. Pre-installed apps routinely ask for permission to use location data and nearly every website visited gathers that along with anything else they can pick up. But private corporations aren’t Big Brother because, for one thing, they’re not the government. Apple can’t spy on you and then use that data to imprison you. Only the government can.

Not that the NSA wants any tech company to start gathering less data. It loves the data and it loves being able to shake down these companies for their collections whenever deemed necessary. Referring to customers as “zombies” is the sort of thing you’d expect from neckbearded hipsters and other self-proclaimed individualists who tend take a dim view of any popular activity. It’s rather jarring to hear the lingo deployed in a government intelligence agency presentation. 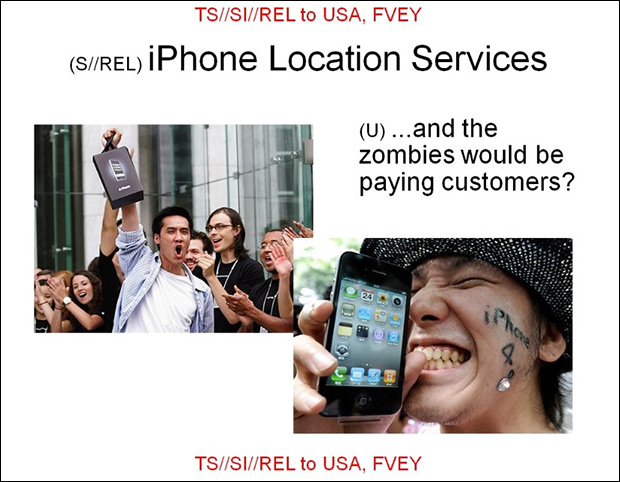 A private individual referring to iPhone customers as “zombies” is one thing. The NSA doing it is quite another. People who don’t take an active effort to protect their information are being labeled as sub-human by a government agency. If these smartphones users don’t care about the data they’re leaking, then they really don’t have an “expectation of privacy” to be steamrolled. That’s the argument. As Der Spiegel puts it, the agency is arguing that the smartphone-buying public is “complicit in its own surveillance.”

But they aren’t, as one recent decision on acquiring cell phone location data without a warrant pointed out:

People buy cell phones to communicate with others, to use the Internet, and for a growing number of other reasons. But no one buys a cell phone to share detailed information about their whereabouts with the police.

The agency clearly feels that if the data is willingly being produced by cell phone users, it should have access. By reducing smartphone users to “zombies” and painting cell phone manufacturers as “Big Brother,” the NSA is dehumanizing its targets. These aren’t people — they’re just data producing entities, too brainless to be bothered with niceties like privacy and security. 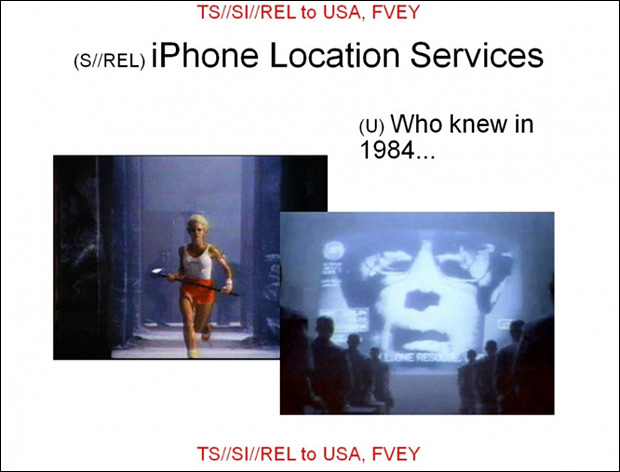 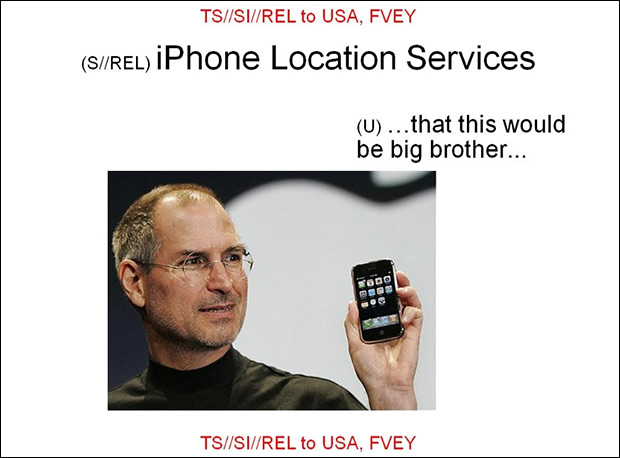