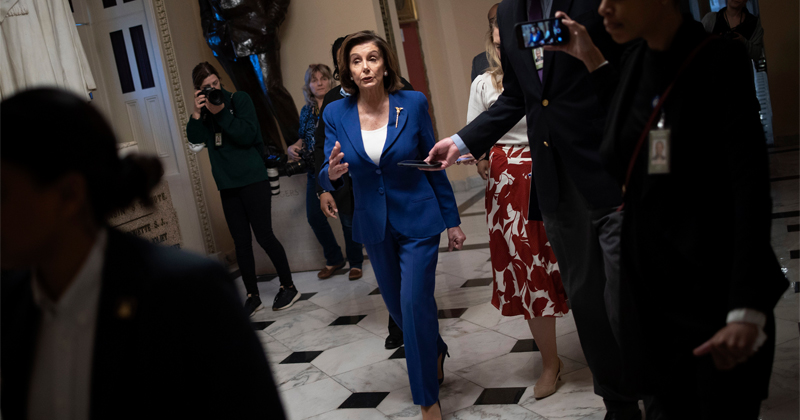 Last week, Congress passed a $2 trillion stimulus bill in an effort to offset the economic impacts of the coronavirus.

Most people have focused on the $1,200 checks to Americans and bailouts for industries hard-hit by the economic shutdown. But the 883-page bill does a lot more than that, including empowering the Federal Reserve to hand out billions of dollars in complete secrecy.

The stimulus bill authorizes the Fed to create $454 billion out of thin air and loan it out. The provision gives the central bankers complete autonomy when it comes to deciding who gets the money.

“Not more than the sum of $454,000,000,000…shall be available to make loans and loan guarantees to, and other investments in, programs or facilities established by the Board of Governors of the Federal Reserve System for the purpose of providing liquidity to the financial system….”

The money will allow the Federal Reserve to create what are known as special purpose vehicles (SPVs). An article in CounterPunch explains that an SPV was the same device used by Enron to hide its toxic debt off its balance sheet before it went belly up.

“With the taxpayers’ money taking a 10 percent stake in the various Wall Street bailout programs offered by the Fed, structured as SPVs, the Fed can keep these dark pools off its balance sheet while levering them up 10-fold.”

During the 2008 financial crisis, the Fed used SPVs to buy toxic debt from Bear Stearns to facilitate its takeover by JPMorgan Chase and to prop up AIG.

The Federal Reserve has already established an SPV in response to the coronavirus meltdown. On March 17, the Fed announced the creation of a Commercial Paper Funding Facility (CPFF) “to support the flow of credit to households and businesses.”

“The Treasury will provide $10 billion of credit protection to the Federal Reserve in connection with the CPFF from the Treasury’s Exchange Stabilization Fund (ESF). The Federal Reserve will then provide financing to the SPV under the CPFF. Its loans will be secured by all of the assets of the SPV.”

One could argue that the Fed needs the power to create establish these programs in the midst of a major financial crisis. But does it need to do so in complete secrecy?

A provision of the stimulus bill throws a big shroud over the activities of the central bank. The bill repeals the sunshine law as it relates to Federal Reserve board of governors’ meetings until the end of 2020 or when the president determines the coronavirus crisis has passed, whichever comes first.

“SEC. 4009. TEMPORARY GOVERNMENT IN THE SUNSHINE ACT RELIEF. (a) IN GENERAL.—Except as provided in subsection 8 (b), notwithstanding any other provision of law, if the Chairman of the Board of Governors of the Federal Reserve System determines, in writing, that unusual and exigent circumstances exist, the Board may conduct meetings without regard to the requirements of section 552b of title 5, United States Code, during the period beginning on the date of enactment of this Act and ending on the earlier of— (1) the date on which the national emergency concerning the novel coronavirus disease (COVID–19) outbreak declared by the President on March 13, 2020 under the National Emergencies Act (50 20 U.S.C. 1601 et seq.) terminates; or (2) December 31, 2020.”

In other words, Jerome Powell doesn’t have to let you know what the Fed is doing. All he has to do is assert “exigent circumstances” and a veil of secrecy descends over the central bank.

Practically speaking, the new law effectively empowers the Fed to hand out money to whomever it pleases and nobody will ever be able to find out the whos, hows and whys.

I suppose we’re just supposed to have faith that Jerome Powell will do the right thing.

I don’t know about you, but I don’t have that kind of faith in anybody when it comes to passing out billions of dollars in cash.

This looks like a recipe for cronyism and corruption on a massive scale. Even is you accept the veracity of central bank bailouts of Wall Street, it’s difficult to understand the benefit of doing so in secret.