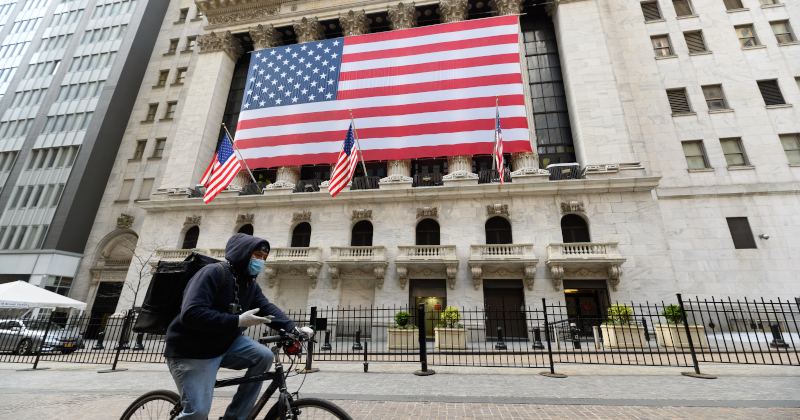 Wall Street opened lower on Wednesday after US President Donald Trump prepared Americans for a surge in coronavirus infections in the country with a death toll that could reach 240,000.

The Dow Jones Industrial Average dropped over 800 points after the opening bell. The S&P was trading over three percent lower, while the Nasdaq Composite is down over two percent.

The markets are digesting dire warnings from the White House that deaths from Covid-19 over the next two weeks are projected to reach between 100,000 and 240,000, with coronavirus fatalities peaking over this period.

Global stocks fell on Wednesday amid warnings that the world’s largest economy, the United States, is quickly becoming the epicenter of the pandemic.

In Asia the losses were led by Japan’s Nikkei 225 which nosedived 4.5 percent as statistics showed a widespread slowdown in manufacturing across the region.

Stock markets are reacting to “a likely increase in the duration and breadth of coronavirus lockdowns in the US and elsewhere, which is pointing to a potentially deeper and longer-term hit to economic activity than was anticipated even a week ago,” Stephen Innes, a strategist at AxiCorp, wrote in a research note seen by CNN.

This week, Goldman Sachs significantly downgraded its outlook for the US economy between April and June. The investment bank now expects an annualized rate of contraction of 34 percent compared to the previous quarter. Its last estimate was an already-shocking 24 percent.

Goldman has also revised the US unemployment rate, projecting it to rise to 15 percent by the middle of the year, compared to nine percent earlier.

US Treasury Secretary Steven Mnuchin told CNBC on Wednesday that discussions are going on with congressional lawmakers about a potential infrastructure bill aimed at boosting the US economy as it struggles to cope with the fallout from the coronavirus outbreak.

The Chinese Communist Party’s official spokesperson at the Ministry of Truth has released a statement exclusively to Alex Jones and Infowars.