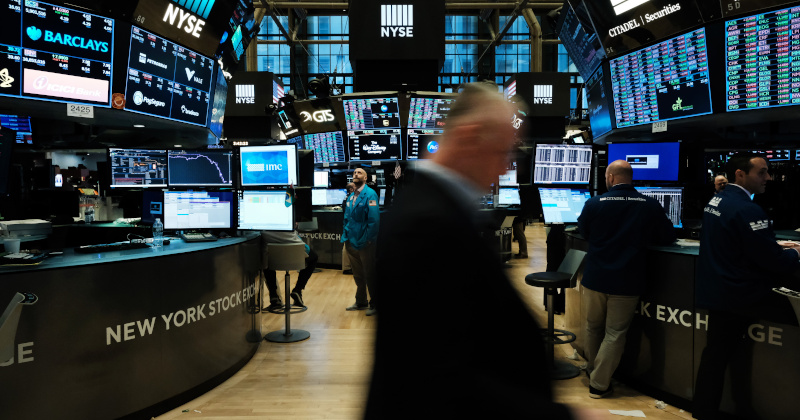 Wall Street’s main indices are down after opening on Monday for the first ever all-electronic trading session, which is aimed at protecting New York Stock Exchange employees from the coronavirus.

Both the Dow Jones Industrial Average and the S&P 500 are down around three percent. The Nasdaq Composite, an index comprised of America’s top technology companies, is down slightly in early trading.

Global markets are down despite the promise by the US Federal Reserve to pump in the cash “amounts needed to support smooth market functioning and effective transmission of monetary policy to broader financial conditions and the economy.”

The US regulator has warned that the country’s economy faces major trouble as a result of the coronavirus outbreak, and has pledged to take measures to minimize its impact.

The Fed has promised to unveil a direct lending program for small- and medium-sized American businesses, which are projected to be hardest hit by the pandemic. In addition, the Fed will also help students with their education loans.

“While the Fed’s actions are an enormous help, the only way the markets are going to find sustainable improvement is when the economy is allowed to come back to life, or at least there is a real path in place for how that is going to happen,” said Paul Hickey of Bespoke Investment Group, in a note seen by CNBC.

More bad news for the markets came from Washington as a fiscal stimulus bill failed a key procedural Senate vote on Sunday as Democrats warned the measure was not enough to help workers and was too focused on bailing out companies. House Speaker Nancy Pelosi earlier pointed out she was not on board with the Republican-version of the stimulus plan, saying: “From my standpoint, we’re apart.”

According to the US National Economic Council Director Larry Kudlow, the economic stimulus package will total more than $2 trillion and will be equal to roughly ten percent of US economic output.