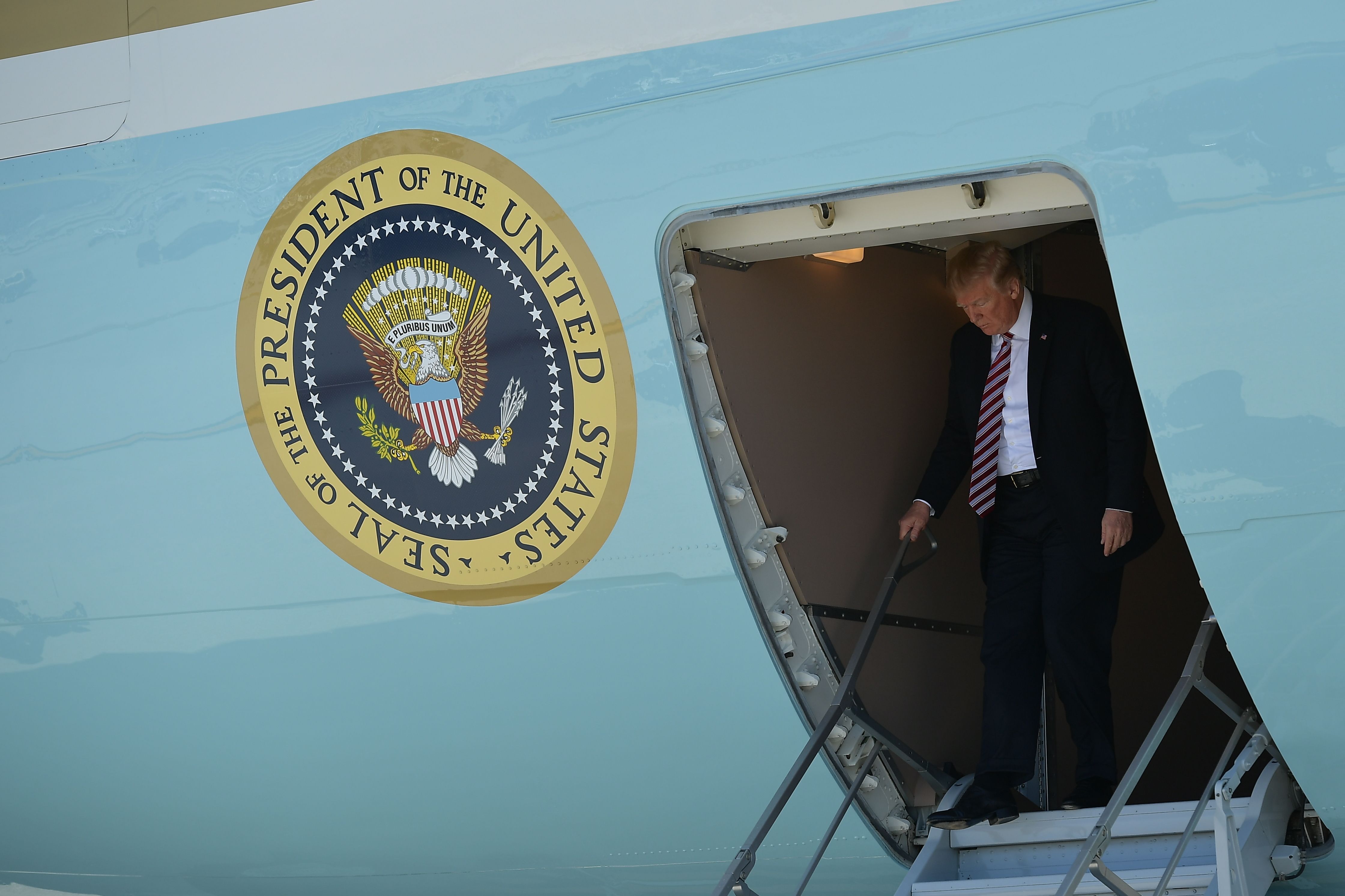 The moment Donald Trump became president-elect, the political and governmental establishments of the United States – in particular, the intelligence agencies – commenced what has been nonstop efforts to stall, co-opt and dilute the policies on which Trump ran, and was ultimately elected.

On trade, immigration, tax policy, and regulatory reform President Trump has accomplished more than many of his critics, and even some of his supporters had thought possible.

This is remarkable considering that many of the president’s policy advisors and White House aides have tried to kill or dilute many of the policy changes and reforms Trump has been putting in place.

They tried to reverse his position on climate change, dilute his tax cuts, kill the tariffs he enacted, sabotage his travel ban and there are some who even continue to insist that the southern border wall cannot be built.

Fortunately, they have consistently failed.

More than any of the policy areas, though, it is in national defense and foreign affairs that President Trump faces the most ruthless and ubiquitous of would-be usurpers: the so-called neoconservatives.

Using American military might as an expendable tool for their dubious globalist objectives is the modus operandi of the neocons, and their track record is as clear as it is dismal and disturbing.

Having burrowed themselves all throughout America’s defense, intelligence and diplomatic hierarchies, the neocons have given us endless war, 100’s of thousands, if not millions, of human beings slaughtered, and trillions of dollars siphoned out of the pockets of America’s taxpayers, present AND future, only to be squandered on aimless overseas misadventures and prolonged military occupations of hostile 3rd-world countries.

Compounding the injuries and costs they have inflicted on the American people with their overseas insinuations, the neocons have systematically, and in many instances illegally, decimated the most fundamental safeguards against a tyrannical government that are enshrined in the U.S. Constitution.

The rise of the neocons has, beyond question, been directly proportional to the significant erosion of civil liberties and civil rights in the United States of America.

The militarists and spooks who pimp the neocon agenda will employ just about any means necessary to achieve their ends, to include fabricating, hyping, coloring and dressing up the intelligence given to the president, to try to induce him to abandon his non-interventionist ideals.

President Trump has great reverence for the institutions of our military and particular affection for those who serve in America’s armed forces.

Unfortunately, the president has not recognized the extent to which the Pentagon was, like every other arm of our federal government, cynically politicized under Barack Obama.

Obama’s apparatchiks systematically identified, singled out and promoted uniformed personnel whose leanings are decidedly globalist, while retiring if not purging those suspected of having Republican leanings or a traditionalist conservative view of American military power, whereby our fighting forces exist for our national defense, not as an international police force.

The President gives his foreign policy advisors a presumption of honesty they do not deserve.

The pardon of Scooter Libby, who was the immediate underling of perhaps the ultimate neocon warmonger Dick Cheney, merely highlights the president’s failure to recognize how the neocons will simply invent a false narrative and spoon feed it to their handmaidens in the pliant corporate media in furtherance of their war agenda.

The very notion that would launch a chemical attack defies logic, on the face of it.

His Russian backers asserted to the world community that his regime has no chemical weapons.

For Assad to randomly launch an attack using such weapons would not only require that he brazenly defy the international community, but that he also embarrass his patrons, effectively making liars out of them on the global stage.

After the president’s missile strike one year ago, Assad was clearly aware of the dire consequences that would result from the use of chemical weapons.

Further, such action not only amounts to a war crime, but would also serve to reveal that Assad, in fact, possesses such heinous weapons.

All these circumstances beg the question, why would Assad ever risk doing such a thing?

Why would he take such unnecessary and provocative action, just days after President Trump announced his intention to withdraw American troops from the area, as soon as possible?

The reality is that such action by the al-Assad regime would only benefit those who wish to further enmesh the United States in Syria’s ongoing civil war.

Increased U.S. involvement in Syrian affairs is a development that Assad surely wishes to avoid, not provoke.

In fact, such action would play right into the hands of those who seek Assad’s downfall, those who want an escalation of American involvement, not those who support President Trump’s desire to limit abuse of American military power for such illegitimate objectives as ‘regime change’ or nation-building.

To be blunt, the sudden, inexplicable use of chemical weapons by Bashar al-Assad would be highly convenient only to those who seek to execute the foreign policy, not of Donald Trump, but of the miserable failure he defeated in the 2016 election — Barack Obama’s bellicose foreign policy underling, Hillary Clinton.

The last time Assad was accused of using chemical weapons, the bloodthirsty presidential loser Clinton called for the bombing of Syrian airfields, and is on record as rejecting her former master Barack Obama’s decision not to enforce a no-fly zone over Syria.

Such a dangerous and provocative insinuation as Clinton was pushing would certainly antagonize the Russians and create the constant risk of direct military conflict with a heavily-armed nuclear power, if only by accident, that could quickly spin out of control.

Just as the warhawks around the President are selling him a bill of goods on Syria, they also seek to keep the U.S. mired in Afghanistan, perpetuating what is already the longest continuous military conflict in American history, at nearly 17 years and still going.

They are constantly pushing for more and more sanctions against Russia, to punish offenses they can’t even prove were committed by that nation.

They are constantly instigating against the Chinese, just as the president seeks to deepen the dialog with both of these countries, towards a strategy of playing the two nations off against each other, while securing from each the most favorable trade deals possible for the United States.

As far as the new strikes in Syria are concerned, let’s not forget how these same underhanded elements incessantly pushing America towards aggressive militarism abroad used the same exact allegation, also totally-unfounded, that Assad had used chemical weapons, as their means of stampeding the president into ordering the first airstrikes on Syria, almost exactly one year ago.

Even General Mattis had to finally admit, many months after the airstrikes, that there was no proof that Assad had, in fact, used chemical weapons.

They are clearly intent on taking our country to war and undermining Donald Trump’s efforts to de-escalate America’s perpetual military presence in hostile foreign lands, perhaps even facilitating peace, for a welcome change.

I will continue to support the President but in a few weeks, or perhaps months, it will likely become clear that the alleged chemical weapons attack attributed to Assad was, in fact, a fraud…a ruse…and, ultimately, that these military strikes against Syria were a grave mistake.

Let us hope the neocons have no other dirty tricks up their sleeves before the president can get a handle on the situation and ascertain the truth of the matter before he — and our country — are pushed further down the road to yet another fruitless, destructive war…or worse.