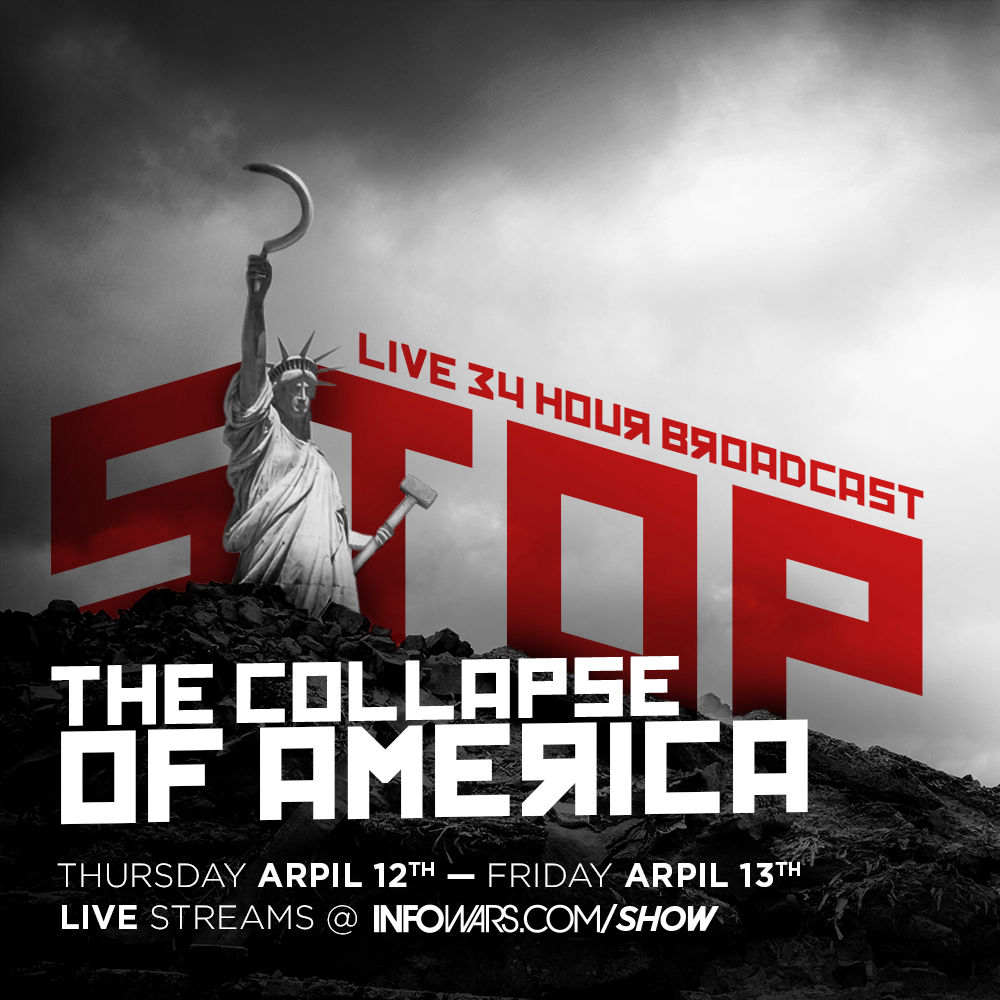 We need your help (Frank!) as social media manipulators and fake news outlets combine forces to take Infowars out while simultaneously demanding another world war.

The globalist elite are moving to start a war – and restrict free speech – like never before, and there’s never been a more important time to back independent alternative media.

Tune in Thursday, April 12, at Infowars.com/show starting at 8am CT.

During this 34-hour transmission, Infowars will have huge sales at InfowarsStore.com, along with featured guests and special reports.

Help us resist the globalist agenda and fight back against establishment propaganda.

Below is the current schedule with the host of each hour. Check back here or at Infowars.com/Show for any updates or revisions:

8am to 11am: Real News with David Knight

1am to 3am: Harrison Smith / Jon Bowne / Kit Daniels

5am to 7am: Paul Joseph Watson

7am to 8am: Special reports