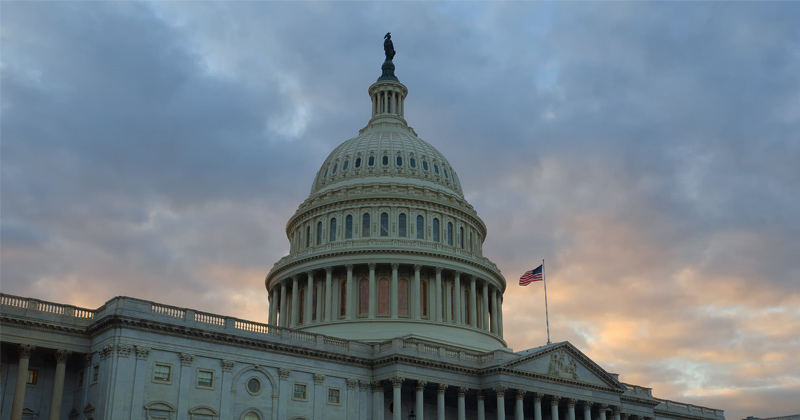 Courtesy of BIG newsletter author and monopoly researcher, Matt Stoller, here is an ever expanding list of every industry and entity that has floated bailout demands in what Stoller dubs the “CoronavirusCoup” – which if allowed to continue will make America’s big business bigger and more entrenched than ever, and crush most of the country’s small business.

Why? Because from Defense contractors, to billionaires like Elon Musk and Jeff Bezos, to meatpackers and the beer industry, everyone wants a piece, and thanks to their lobby connections and political bribes, they will get it.

Who won’t get it? The mom and pop store down the street which will have to quickly shut down for good in the coming weeks.

Here is how Stoller summarizes the dynamic currently taking place in Congress, which is certainly not going to let this crisis go to waste, and jockeying for trillions and trillions in pork, all on the back of US taxpayers and the viability of the world’s reserve currency.

We have to support industry in a moment of crisis. But the key here is the conditions, and what is likely to happen by allowing Mnuchin to set the terms of all aid is a consolidation of power in the hands of a few. No more small business. America will be unrecognizable.

8. Importers are rushing to get rid of duties paid by those found guilty of dumping. https://t.co/LnkB6Ez4ER

10. McConnell wants big business to rule. So he is refusing aid to normal people, and the Dems are negotiating with him to try to get unemployment assistance and social welfare. He knows Dems won’t pay attention to corporate bailouts if he takes the public hostage.

12. We have to support industry in a moment of crisis. But the key here is the conditions, and what is likely to happen by allowing Mnuchin to set the terms of all aid is a consolidation of power in the hands of a few. No more small business. America will be unrecognizable.

And just to make sure his message is heard loud and clear, here is Stoller’s article on why it is imperative to “Stop the Coronavirus Corporate Coup“

Welcome to BIG, a newsletter about the politics of monopoly. This is a special edition. I need you to take this newsletter and repost it, forward it, and contact anyone you know in politics. Here’s why.

Here’s the situation. Mitch McConnell, Chuck Schumer, and the Trump administration is negotiating a bailout package to address the coronavirus crisis. There’s been a lot of chatter about the need to support workers as the economy goes into a freeze. This is happening around the world; the British government, for instance, is willing to pay 80% of worker wages during this downturn for those affected by the crisis.

But in the U.S., our leaders seem to be falling prey to what can only be called a corporate frenzy of favor-seeking. “Any time there is a crisis and Washington is in the middle of it is an opportunity for guys like me,” said one lobbyist.

Now first I should say that I don’t know exactly what is going to be in the final bill, because the whole process is opaque and being negotiated right now by some untrustworthy political leaders. We will only find out the details at the last minute. So all I have to go off is rumor and reporting. But if we wait until we know the full contours, it will likely be too late to act. I hope I’m wrong, but the list of what lobbyists are asking for is long, and ugly, and often the requests for money or legislative favors are done to cover up mistakes made before the coronavirus hit.

Take Boeing. The aerospace giant of course wants a $60 billion bailout. Financial problems for this corporation predated the crisis, with the mismanagement that led to the 737 Max as well as defense and space products that don’t work (I noted last July a bailout was coming). The corporation paid out $65 billion in stock buybacks and dividends over the last ten years, and it was drawing down credit lines before this crisis hit. It is highly politically connected; the board of the corporation includes Caroline Kennedy, Ronald Reagan’s Chief of Staff Ken Duberstein, three Fortune 100 CEOs, a former US Trade Representative, and two Admirals, one of whom is the board’s only engineer. Using the excuse of the coronavirus, Boeing is trying to get the taxpayer to foot the bill for its errors, so it can go back to making more of them.

But that’s not all. Defense contractors want their payments sped up, and I’ve heard they want to widen a giant loophole called ‘other transaction authority’ to get around restrictions on profiteering. Elon Musk and Jeff Bezos want “$5 billion in grants or loans to keep commercial space company employees on the job and launch facilities open.” They also want the IRS to give them cash for R&D tax credits.

CNBC reported that hotels want $150 billion, restaurants want $145 billion, and manufacturers wants $1.4 trillion. And the International Council of Shopping Centers wants a guarantee of up to $1 trillion. The beer industry wants $5B. Candy industry wants $500M. The New York Times reported that “Adidas is seeking support for a long-sought provision allowing people to use pretax money to pay for gym memberships and fitness equipment.” Gyms are of course closed. Meatpackers want special visas so they can undercut wages of their workers, and importers want to stop paying duties they incurred for harming domestic industries for illegally dumping products into the U.S.

Now, I’m not opposed to supporting industries. This is a crisis, and we do not want a lot of the productive capacity of the United States to fall apart because of a pandemic. But the key to supporting enterprises is to make sure that there are strict conditions, so that power doesn’t consolidate into the hands of monopolists and financiers cherry-picking distressed assets. Otherwise, America will simply be unrecognizable after this pandemic. CNBC personality Jim Cramer, for instance, is worried that after this pandemic America will have just three retailers. And he’s right to be worried about that.

Here’s how we can stop it. There are enough members of Congress to act and prevent what really looks less like a relief package and more a corporate coup. However, the problem is that this group is split into different political parties, and Congressional leadership is taking advantage of that dynamic to jam this through. Mitch McConnell wants big business to rule, so he’s playing a trick. He is refusing aid to workers. Democrats are negotiating with him to try to get unemployment assistance and social welfare. McConnell knows Dems won’t pay attention to corporate bailouts if he takes the public hostage, and Democrats know that they can hand out favors to big business if they just talk about how they got larger checks for workers.

So McConnell will put a bill down in front of Nancy Pelosi, with some good stuff like unemployment insurance, but also the really ugly stuff to hand over America to big business. The corporatists in the Democratic Party will tell her “Pass the corporate coup bill, after all we have to do something right now!” And because she doesn’t have the votes from within her own caucus because of these corporatists, and because she doesn’t particularly care if America is sold off to big business, she will do that. The only hope is to get together a bipartisan group from the right and the left to oppose this charade.

And there’s a precedent.

In 2008, when Congress was on the brink of passing a $700 billion bailout to Wall Street, something astonishing happened. A motley bipartisan group of roughly a hundred members, as well as outside experts, formed what was called the “Skeptic’s Caucus,” and organized enough votes to take down the package. Congressional leaders then attached some minor tweaks, and forced the package through after the stock market crashed. Ultimately, the skeptics failed, and the bailouts ended up shifting power and wealth to an unaccountable elite class.

But for that brief moment, it became clear that opposition to Congressional leadership on corporate subsidies is possible. We will need another Skeptic’s caucus, and quickly. And this time, it can succeed. Because this time, no one is fooled by what is happening. We can see it plainly.

So whether you are a Republican or Democrat, join a new Skeptic’s caucus. And demand your member of Congress represent YOU, and not just big business. Help the people by dealing with unemployment, rent, mortgages, not big business executives trying to save their cushy positions.

That’s the situation. I need you to take this newsletter and repost it, forward it, and contact anyone you know in politics, including your representative. Tell them they have to help the people directly and not send out aid to big business without *strict conditions.* Otherwise after this pandemic, we will wake up living in a society with a lot less freedom.

Thanks for reading. And if you liked this essay, you can sign up here for more issues of BIG, a newsletter on how to restore fair commerce, innovation and democracy. If you want to a book to hunker down with while sheltering in place, read my book, Goliath: The 100-Year War Between Monopoly Power and Democracy.

Politifact calls Dr. Ron Paul “a conspiracy-minded doctor from Texas”. Really? Here’s why you should question self-appointed authority figures like Politifact & Facebook and the white-coat bureaucrats burning down the world.