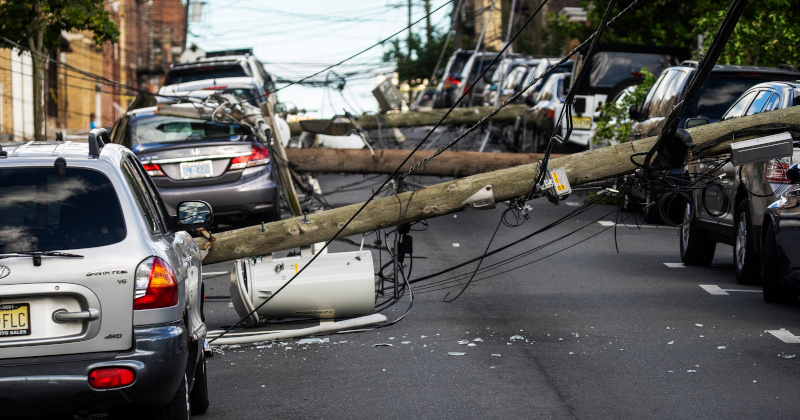 At least six people were killed as Tropical Storm Isaias triggered tornadoes and heavy rain on Tuesday along the US East Coast after it made landfall through North Carolina as a Category 1 hurricane.

Most of Tuesday’s damage seemed to be east and north of where the hurricane’s eye tore through land in North Carolina, causing floods and fires that displaced dozens of people.

Two people died when Isaias spun off a tornado that struck a mobile home park in Windsor, Bertie County officials said. Twelve people were injured and taken to hospitals.

“It doesn’t look real, it looks like something on TV. Nothing is there,” Holley said. “All my officers are down there at this time. Pretty much the entire trailer park is gone.”

Chairman of the Bertie County Board of Commissioners Ron Wesson said emergency crews found no other casualties, and several people initially believed missing had all been accounted for. Wesson said 12 people had been hospitalized.

According to North Carolina Governor Roy Cooper, three counties along the state’s coast were among the hardest hit with aggressive storms, structure fires and reports of tornadoes.

Authorities said a further two people were killed by falling trees in Maryland and New York City as the storm gained speed.

A massive tree toppled and crushed a van in the Briarwood section of Queens, killing a man inside, police said. A woman in Mechanicsville, Maryland, died when a tree crashed onto her car, said Julie Yingling of the St Mary’s County sheriff’s office.

One person perished in Pennsylvania when their vehicle was swept away by flooding, while in Delaware a person died after being struck by a tree branch, authorities confirmed.

Before it struck the East Coast, Isaias killed two people in the Caribbean and lashed through the Bahamas before brushing past coronavirus-hit Florida.

Forecasters on Tuesday said Isaias was likely to remain a tropical storm as it heads towards New England over the next two days.